The premise of Encounter is a scary one. A father has developed such a state of paranoia that he puts the people he loves in danger, developing into a manhunt, keeping viewers on edge. It’s not that a story like this can’t work, as director/writer Michael Pearce has a strong cast at his expense, with Riz Ahmed leading the way. The problem lies in what the audience can stomach, or the entire concept, especially for myself, as I grow more uncomfortable with movies that place children in domestic conflict. Encounter is also a mixed bag, of part science fiction, and family drama, which it never fully commits to either, making it an effort failing to reach the potential raised by the work of it’s stellar lead.

An argument could be made that Riz Ahmed is one of the top-10 best working actors today. His work in Sound of Metal was revelatory, which he followed up with inspired work in Mogul Mowgli, proving that his talent is not a string of luck. His character is Malik Khan, a former marine with a Bronze Star, who at some point along in his studies of odd phenomenon believes that small parasitic aliens are taking control of people. With his firm belief in mind, he travels across the country to pick-up his children Jay (Lucian-River Chauhan) and Bobby (Aditya Geddada) from their mother (Janina Gavankar) in the middle of the night. He explains to his kids that they’re taking a fun trip, an absent father finally spending time with his kids, and they must use bug spray to keep the brain worms away. That is until the authorities become involved, his parole officer Hattie (Octavia Spencer) in pursuit, with the two boys starting to suspect that something is not all right with dad.

What makes Encounter watchable is a strong performance by Ahmed, who is combining Michael Shannon’s work in Bug, along with a bit of American Sniper themes about untreated veterans. It’s not that Pearce and co-writer Joe Barton don’t understand what they have, it’s that they don’t understand what to do overall. The series of officers in pursuit end up encountering Malik on the highway, resulting in terrifying scenarios, where the children are placed in the crosshairs of a gun fight. There’s an incredibly cold sense of emotions in Encounter, where the two child actors deliver excellent work, yet used as devices in pushing the plot. It’s also not entirely clear who is to blame. There’s a bit of blame to society’s failure to care for veterans, the entire climate of people who live on the fringe of these types of conspiracy theories, and an underwritten approach to making Encounter a full science fiction film. If it chooses one or the other, it’s a solid result, standard, but still better.

The third act is where Encounter loses itself. By that point as well the redundancy of the journey kicks in. It is a string of moments, pursuit from police on the highway, hiding in a diner, laying low on the streets, kids are scared, dad talks them out of it, repeat. It’s that redundancy that hurts the narrative and overall experience. It’s hard to watch children being mistreated and then pass it off as science fiction as the cause. There’s a hedging of the bet on the themes of parenting, almost making an excuse for the character of Malik, giving an out to the trauma he’s causing to these children because it still could possibly be nano-aliens.

Within the glaring narrative problems are even deeper mistakes which hinder Encounters‘ positive parts. The chemistry between Ahmed and the two children is undoubtedly charismatic, where Malik talks to them about aliens they can’t see, and turns it into a game to play with the children. The two child actors carry additional depth and raw emotions, where without their work, Encounter would be a one-man show. Visually as well there are brief images of a star lit sky, microscopic cells that keep us guessing if there could be truth to Malik’s paranoia, and use of handheld shakiness that add to the tension. It all just never came together for me. I found Encounter to be lacking in having more guidance, a perfect example for a movie that can’t win on the back of one actor. Ahmed gives a valiant effort, there’s just a better movie deep within the surface for this one. 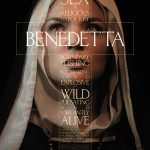 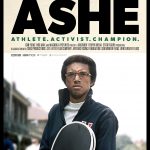