It’s easy to say that director Paul Verhoeven films push the boundaries of stories told in cinema. From Basic Instinct, to Super Troopers, and RoboCop, he’s always saying something, always testing his audience, but never pulling a punch. His recent film, Benedetta might be his most fearless film, focusing on a nun in 17th-century Italy, who has visions of Jesus, believes in her purpose to serve the catholic church, and falls in love with a woman she brings into the convent to take care of. It would be arguably his most controversial movie to date, but at this point hearing the hypocrisy from members of the Catholic church or an outcry from religious right is a pointless exercise. Evangelicals or fundamental Christians hitched their wagon to a racist, foul mouthed, and person that cheated on his wife with a porn star for president so any argument of “being offended” should be stopped right away. What Benedetta does do is tell a fantastic story of female independence and the battle between a new age believer vs. the old theologian set in their ways. Benedetta is wild and I loved every second of it.

It begins in Tuscany- even though everyone here speaks French, Verhoeven’s native language- where 8-year old Benedetta is brought to a statue of the virgin Mary by her parents. They are approached by a group of militia men, threatening them, and in her moment of desperation, Benedetta prays to her lord Jesus, who in a miracle flash protects her family from harm. It’s a revelation, a moment where Benedetta commits to her faith, and her wealthy parents agree to donate money to the convent to take her on, making her a nun under the wing of sister Felicita (Charlotte Rampling). This is what Benedetta was born to do, she has seen visions of Jesus, feels called to serve and dives all the way in.

The narrative moves on 18-years later and now Benedetta (Virginie Efira) is thriving among the other nuns. She’s devout, studious, and willing to take care of all. When Bartolomea (Daphne Patakia) comes running to the convent for protection from her abusive father, it is Benedetta that takes her in, agrees to teach her, but after she joins, it is now when the revelations of Jesus continue. Benedetta can no longer ignore the occurrences or her sexual desires for Bartolomea. She experiences the stigmata, engages in passionate love with Bartolomea, and in turn challenges the other nuns in their faith for miracles of this magnitude. How could a women that has dedicated her life to service truly see Jesus? Is this genuinely a miracle? Visions in her head? Is Benedetta blasphemous? And the battle becomes the constant struggle between expressing or suppressing one’s desires of pleasure.

Much of the excellence in Benedetta exists in the direction from Verhoeven, including impeccable production design, and full commitment from all involved. The screenplay is co-written by Verhoeven and David Birke has a complete grasp of it’s material. The performances from Virginie Efira and Charlotte Rampling reveal the different conflicts of religion. One women that feels incredible power in her faith- expressed passionately by Efira- witnessing the tangible powers that her beliefs can bring. The other is a standard commitment from Rampling, often the elder statesmen, fully understanding her role, and starting as the stern den mother, and morphing into someone completely challenged by what her eyes see and mind is telling her. The two performances show a great sense of trust between Verhoeven, his team, and the actors to understand the assignment.

The third act conflict arises in a battle between science- a fierce plague begins infecting everyone in town; The nuns in a theological fight in believing that their savior can protect them; And the constant fight with the higher powers in church. It’s not till the Bishop (Lambert Wilson) becomes involved where things go incredibly wrong, where the women of the convent are not allowed to be themselves, and must bow to the strict rules of a patriarch system. It’s a wild and fascinating film, that if anyone willing to challenge themselves will be entertained, and see a true expression of faith. That’s what stays constant in Benedetta, it’s that our title character never wavers in her love for the faith she has, a trust in Jesus. Even as others don’t believe her, or if the system is misogynistic, she still believes. It’s all done in a wild and undoubtedly hard hitting fashion, but this is how a religious movie is done, Verhoeven style.

BENEDETTA IS PLAYING IN SELECT THEATERS AND AT THE MUSIC BOX THEATRE IN CHICAGO- FRIDAY DECEMBER 3RD, 2021. 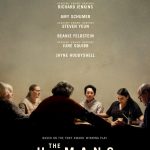 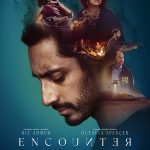