I think during this Covid-19 pandemic a lot of us have had the opportunity to cherish the things we have and reflect on how lucky we were nine months ago. The family that we can be around, the friends we would give a hug to, the dinners we could have, the movies we could go see, and the sense of normalcy, that does not exist right now. I would take that even a step further with our senses of sight, smell, taste, or hearing, which are the basic things one hopes to have forever. For many, that’s not always the case and in Darius Marder’s Sound of Metal, he is telling us the story of a man who begins to lose his hearing and must change his entire life because of it. Riz Ahmed stars, with a beautiful and emotional performance as Ruben. He’s a successful drummer in a hard rock band, along with his girlfriend Lou (Olivia Cooke) and one day, after a show, his hearing starts to go. A ringing in his head, muffled sound, and then nothing. Sound of Metal follows this journey, the struggle to adapt, and the inspiring resilience of the hearing impaired community. Sound of Metal reverberates into the soul.

One of the factors that Marder and co-writer/brother Abraham Marder, working off a story from Derek Cianfrance, add to the equation is that Ruben is an addict. He’s been sober for four years, but with this recent event, Lou is afraid that Ruben won’t be able to keep himself on the wagon. After checking with a doctor and further inspection, Ruben is at the point where his hearing is rapidly deteriorating, the reason being a degenerative issue, but also the constant banging he has been doing to his ears. When Ruben finds a community that helps those that have lost or are losing their hearing, he’s resistant at first, unwilling to believe that he can’t hear, but he sticks around, while Lou goes off to live her life. His goal is to get back to what was his normal, selling things to afford surgery, learning sign language, and with the hope of getting implants to save his hearing.

When talking about Sound of Metal it all begins with Riz Ahmed. Everything about this film is a result of a collaborative process, between Ahmed’s performance, Marder’s direction style, which often feels like a documentary, and the cinematography from Daniel Bouquet capturing it all. Ahmed is internal with his emotions, but never overdoing it when it calls for his feelings to break out. Ruben is a proud person, but his addiction drives him in many situations, something that the facility leader Joe (Paul Raci) can see fighting it’s way out. Ruben’s reality is that he will never hear the way he did before, a sad reality that is heartbreaking every stretch of the way. All of that heartbreak is up on the screen with Ahmed, delivering a performance that feels human, honest, and sucking out every tear from your eyes. Ahmed’s so good you want to hug him when it’s all done.

It’s hard to even compare Sound of Metal to other films. On the surface, Sound of Metal has a feeling and look similar to Bradley Cooper’s A Star is Born, telling a narrative about a struggling artist. But the heart and soul of Sound of Metal is the sound design, sound mixing teams. There is an acute attention to the audible details that surround Ruben. A faucet dripping, a bird chirping, the feedback from an amplifier, the sound of fingers clicking to do sign language, and everything else. It all has a heightened sense to it, up until Ruben cannot hear anymore. Then it is all gone and it’s a void, in an abyss that is perfectly displayed in Sound of Metal.

There is a beautiful and breathtaking amount of compassion in Sound of Metal. A film that revolves around a man that must find a new purpose in life. It’s also a movie that takes into consideration what the disabled community takes on, lives through, and it must be appreciated everyday. Not just appreciated after watching a good movie about the subject, but understood, and opened our eyes and ears to the gifts we have. A lot of that praise belongs to Riz Ahmed, as he has delivered one of the best performances of 2020. Sound of Metal rocked me. 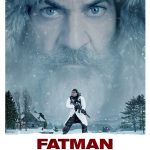 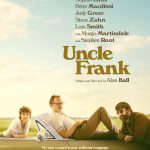