The powerful acting of Riz Ahmed is something to behold, no matter the role, the details, and the delivery. This is an actor that carries his heart on his sleeve, pouring every inch of his emotions into the bucket in front of him, and delivering performances that shake the foundation of any story. He did all of that in Sound of Metal and it rightfully earned him an Oscar nomination. Were that performance not so fresh in our minds, the same would be said about Mogul Mowgli, which is an eerily similar story, about a hip hop artist, who develops an autoimmune disorder, which begins to cripple his muscles, making it impossible for him to walk or perform, with his big shot at a major world tour on the horizon. Although the similarities are there, the results are still powerful, where Mogul Mowgli battles, not just with the health issues of the character, but his fight with fame, the cultures of his Muslim family, the desperation to feel accepted in his music, and the fear to be himself. Mogul Mowgli is an emotional drama about one man going through a horrific health scare to discover himself. It’s powerful stuff, led by the always powerful Riz Ahmed.

The introduction to Zed (Ahmed) is under the bright lights on the stage. His words pierce our ears like an ice pick into a watermelon, sharp, biting, and impactful. The pulse of the beats pound and the passion of Zed’s words come streaming out. This is an incredibly talented man and with the crowd screaming loud, the hope is that this is just the beginning, and soon Zed will be the next big hip-hop star. The problem, however, is that it’s fracturing his relationship with girlfriend Bina (Aiysha Hart) and when Zed’s manager Vaseem (Anjana Vasan) reveals that a big hip-hop artist wants him to open on his major tour, it is only then when his body begins to fail him, landing him in the hospital with no ability to walk. Just as his career is starting to take off is when everything around him begins to fail. The goal is to survive, if that’s even possible at this point, but the spirit of Zed is challenged to the very core.

To describe Mogul Mowgli as an inspirational film would be slightly wrong, but it certainly has themes about perseverance, and compassion. Co-written by Ahmed and director Bassam Tariq, there’s a major influence in depicting the varying differences in generations in the Muslim faith, where Zed has been living in Europe his whole life, more accustomed to a Western way of living, never caring what others gossip about, while his father Bashir (Alyy Khan) is a devout Muslim, unaware of why people would want to listen to his son’s music in the first place. That devotion and commitment is something the two characters bond over, which is both stubborn, and an expression of their undying faith in what they believe. To Zed, being on stage is a religious, out of body experience, which could be similar to the impact that Bashir feels when he prays with his Muslim brothers. It is when Zed’s body begins to fail him when that test of differences comes into play. Zed begins to have visions in his dreams, one constantly of a man with a headpiece covering his face, haunting him as this present reminder that he might not move again. Is there more to this than just an autoimmune disorder? And will Zed’s family rise to the occasion when they’re needed most? To get the best answer is a painful path that Zed must take, possibly taking chemo, searching for the right meaning in it all, fighting the frustration of his inability to celebrate his rise in hip-hop fame, and coming to terms with the fact that he may never walk again.

By far the biggest highlight of Mogul Mowgli is the performance from Riz Ahmed, where he takes over, projecting phenomenal rhymes on stage one moment, then delivering flawless acting when his character must reveal to his ex-girlfriend that he may never walk again. Easily the bigger problem with Mogul Mowgli is that it feels nearly identical in the approach as Sound of Metal and even though it’s clearly not intentional, the films similar presences make it difficult to not see as Ahmed just stepping back into his wheelhouse and not something more unique. Although that’s still true, it doesn’t diminish the phenomenal acting of Riz Ahmed, who shares an uncanny ability to project his fears as his own. Looking like a wide-eyed deer in the headlights, there’s no actor working today that does a better job at portraying a character in shock, or in shocked disbelief at the cruel nature of life.

If there are shortcomings with Mogul Mowgli it’s that it also feels slightly incomplete, whereas Sound of Metal, The Sessions, 50/50, Love & Mercy, or many other films where a man is losing his identity through a fracture in his general health tend to have endings that feel much more complete. But even with those minor issues, Mogul Mowgli still hits the mark as an emotional and inspiring tale, teaching us about the challenges that life can throw at us at any time. Zed’s entire life is his expression through hip-hop music and when you take that away, what remains is a person that must pick up the pieces through will and persistence. Mogul Mowgli reveals that it’s better to do it with family than alone, and we see it all come to fruition by one of the best working actors doing it today in Riz Ahmed. 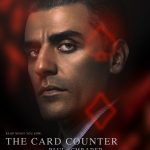 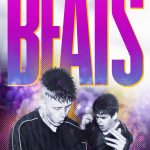