I related to Beats on nearly every level. Not because I am a person that finds underground raves to party at, but because I could relate to the wild friendship at the center, involving two older teenagers, living in Scotland and spending one more night together before one friend moves away. Brian Welsh’s film is shot in an exquisite black and white, set in the mid-90’s, where a law was made that large gatherings, with loud music above a specific decibel, would be deemed illegal. That sets the stage for a wild night for two misfit friends, including some drinks, drugs, fights, and fun. It becomes an escape of adventurous proportions, while the pulse pounding notes of Beats take you away to an experience you never could forget.

Many of my readers know that I’m a sucker for a black & white film, which is evidence in my appreciation for Mank, or The Artist, and especially Alfonso Curon’s Roma. When done right, and with the right purpose, a black & white film makes anything better. It’s not always the case, but I specifically loved the use of it in Beats. This is not your typical black & white film at all, in fact, a story of this nature typically calls for bright neon lighting. The story involves two guys, Johnno (Cristian Ortega) and his outcast buddy Spanner (Lorn Macdonald). The recent news is that Johnno is going to move out of town, where his mother and new boyfriend are looking to upgrade to a nicer neighborhood in Scotland. With this news, Spanner is afraid of being left behind in his dead-end existence, so the plan is to live like there’s no tomorrow. Of course that means the night is unpredictable which will result in wild shenanigans, while two friends grow closer.

What radiates from Brian Welsh’s screenplay- based on a play by Kieran Hurley- is the comradery. It’s not the kind of friendship that feels unbreakable, but the kind of friendship that grows from moment to moment. Spanner is living at home with his mother and his abusive brother Robert (Brian Ferguson). He lives his life in his own way, a person that never found a place or a purpose, and meanders through life hoping for a glimmer of fun. Johnno is equally in his own place, a wide-eyed man, often looking in a state of shock, in a way that makes you think he’s been always on the outside. There’s a quiet tone to Johnno that is impossible not to root for as well, where Welsh plays him as a kid that’s been bullied by others, never given a chance because some might not think he checks the cool box. It’s the underdog charisma of these two guys that makes Beats delightful, where you root for them as they go from place to place.

It’s the second half of Beats where the narrative moves outside the small town, with Johnno and Spanner finding out about an underground rave, stealing Spanner’s brother’s secret stash of cash- even with the prospects of getting beat up- and riding their bikes as far as they will take them. In the second half the fun begins, where the two meet a trio of women excited to make their crowd of people bigger, an unexpected bonding moment, some drugs are taken, and the climactic rave will have you wishing you could join in on all the fun. Much like a building EDM song, Beats has a growing crescendo, raising the level, and hitting the note at the highest point.

There are many other movies that fit perfectly within the style of what Beats accomplishes, from Dazed and Confused, Trainspotting, and Clerks, about friendships developed through wild nights or the escape from a life at home that never has comfort. Beats is the type of movie you seek out and you’re incredibly happy that you did. It reminds us of our youth, reminds us of the friendships that shape us along the way, and what can happen in an unpredictable night. Beats is a big hit and you won’t regret it when you pump it up. 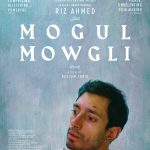 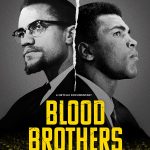