The very concept of fear seems to be something that documentary filmmakers Jimmy Chin and Elizabeth Chai Vasarhelyi are determined to get to the bottom of. What is it that makes a person afraid or on the other side of the coin, what makes them not afraid at all? The Oscar winning team behind Free Solo are not making documentaries that dissect a murder mystery or the corruption of a government, but something entirely unique, which is the psychology of humans in the face of fear. The Rescue is about the 2018 harrowing process to rescue twelve boys on a soccer team that were stuck in a flooded cave in Northern Thailand, but it’s not just about the kids being saved, but about the various people involved in a process that was a matter of life and death in the face of time running out.

One of the first questions that arrives about the entire event is, how could a group of twelve kids become stuck in a cave to begin with? It’s simple really, during certain months in Thailand the rainfall is not expected to be so extreme, and the soccer team of kids that would hang out inside the cave periodically felt it was safe to be there again. While spending time inside, goofing off, or doing things that a bunch of curious boys would do, the rain fell, and as it would rise the boys became cornered in an area of the cave far from the entrance, leaving them stranded without food or drinking water to survive. When the parents realized their children had not arrived home at night, the word spread, with their bicycles sitting by the entrance, and now the struggle would begin to save their lives.

The next question became how the rescue could be done, with the military and government of Thailand becoming involved, and a local with expertise about the cave looking for the best approach. The problem, however, is that not many people are crazy enough to jump into a deep dark hole in the ground, and swim through a cavern of unpredictable results. The local help would call on four deep cave divers from England- John Volanthen, Richard Stanton, Jason Mallinson, and Chris Jewell- and it’s where The Rescue separates between three parts, the men doing the diving, the collective group of people coming together with one goal in mind, and the moment of saving these children. It takes the courage of four absolutely fearless men, a community, and a bit of faith for something like this to go right. For directors Chin and Vasarhelyi, they take a different approach from Free Solo, where it’s not about observation of one man, but about observation of people working together as a team.

Telling my audience that the children were eventually saved is not a spoiler- it was national news and it’s the title of the movie which gives it away, but the footage behind the scenes, with meticulous details revealed, makes it incredibly impressive to watch, submerging the audience into the entire moment and introducing the men on the ground to relate with in their tension. Each diver relates to exactly how they feel when diving, explains how they started doing such a difficult hobby, and how all their stresses seem to evaporate. We also get the realtime moments captured on their GoPro cameras, including the very moment when they arrive up from the water to discover the group of boys huddled on the only space left for them to stand on. That’s only the start of them getting the children out. The second half becomes even more of a race against time, expressing just how miraculous the rescue was, as life often fails to end with such success.

If there were any points to pick at The Rescue for might be how meticulous the narrative becomes, mapping the entire cave, revealing each minor person involved to make the task happen, while possibly unnecessarily padding the runtime. It’s still an amazing story and another documentary that reveals the power of humans and how courage becomes the greatest asset a person can have. In many ways, this is the opposite of Free Solo, where Alex Honnold was fearless to what some would say an unhealthy level, but with these divers it was a bond, and that bond brought them to helping others. The rescued children got themselves into the situation and it took a village, people from various countries, and the spirit of humanity to save them. The Rescue takes a dive into this story and comes to the surface with one of the best documentaries of 2021.

THE RESCUE IS PLAYING IN SELECT THEATERS AND IS AVAILABLE ON DEMAND TODAY. 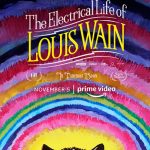 The Electrical Life of Louis WainReviews 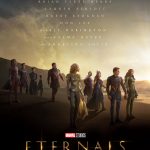