Let me catch my breath. Free Solo is not the movie to watch if you have anxiety. Or a fear of heights. Or if you just don’t like the threat of someone plummeting to their death. That is what’s at stake in Jimmy Chin and Elizabeth Chai Vasarhelyi’s documentary about Alex Honnold, one of the few, if the only Free Solo climbers in the world. That means exactly what you think it is, climbing some of the tallest mountains in the world, over 200,000 feet, without harness, ropes, parachute; absolutely nothing to stop you from falling to your death. It’s hard to not label it insane. And Honnold has done it too many times to count. Free Solo captures all of that, what drives Honnold to take such risks, the effect it has on his mental and social life, and the challenge of climbing the El Capitan mountain in Yosemite National Park. Watch Free Solo, but don’t get any ideas.

I worried that a documentary about someone who climbs mountains without ropes would become redundant fast or doesn’t test it’s subject enough, but Free Solo does an excellent job of digging into the psychology of why a person would risk their life like this. Alex Honnold is extremely aware of what he is doing and believes that because he could die any day, that free climbing is justified. Director Jimmy Chin, along with the climbing camera crew located at various mountain points, captures Alex’s every move, which does not stress him much, but it sure makes everyone around him sweat. Early on, we get an interesting background into why Alex is so calm, his family life, his fathers Asperger’s syndrome, the distance he keeps from others, and his craving for the intensity of free climbing. The audience could make their own assumptions, but only Alex knows what this experience is like.

The second half of Free Solo is no longer about the man, but about the mountain. The El Capitan Mountain in Yosemite National Park looks like a concrete glacier, a dangerous journey for those who climb with ropes, let alone without. With beautiful cinematography throughout, this entire documentary becomes about more than just a climber, but those surrounding him, the path he will take up the mountain, various set backs in his training, and the mental battle that Alex faces in attempting to climb “El Cap”. On previous climbs Alex was single, void of the pressure felt that others worry about his death, but now his girlfriend Sanni must grasp that her boyfriend could fall to his demise. It’s stressful for her, for us watching, and a reason why Free Solo never drags.

As far as a documentary goes Free Solo has it all. It has the intensity of watching an action film- Think Mission: Impossible- Fallout, has the backstory of a person that audiences should want to learn about, the beauty of a National Geographic documentary that appreciates the nature that surrounds us, and an ending that keeps your eyes glued to the screen. As far as documentaries go, Free Solo climbs to the highest peak. 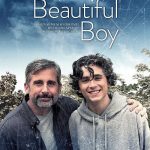 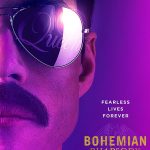