Beautiful Boy is the heaviest movie of the year, in a year of movies that has been riddled with addiction dramas. It is taken from the best-selling memoirs of father and son David and Nic Scheff, following the two in their emotional, human struggle, dealing with Nic fighting his addiction to meth. Some will find issues with the narrative structure or lack of a third character to play off the two leads, but this movie hit much closer to my heart these days. The performances from Steve Carell and Timothee Chalamet are top-notch, but it felt even more real, considering I relate to the unbreakable bond of a father and son that is beautifully established. Director Felix Van Groeningen pieces together a human story, about unconditional love, in the face of a problem that can affect any family. Beautiful Boy reveals the truth about addiction’s ugly power.

But how does one go about recommending a dark movie about a young man throwing his life away for needles and crack pipes? Well, the acting is some of the best yet from Chalamet and Carell, so we can start there. Because of the two Oscar-nominated actors work, the bond between the two of them feels authentic, established in the beginning when Nic is a young kid (played by It star Jack Dylan Grazer) with a love for the hard sounds of Nirvana. With each subtle scene, and as the loving son grows older, we see the chips in the armor of love that exists between father and son. The parents get a divorce, which leads to a split custody, and a disconnect between what Nic loves to do in life, and what his father thinks he loves to do. This is evident when David finds a notebook of depressed commentary, and speaks out loud, “this isn’t you.”

As I said earlier, the major issues in Beautiful Boy lie in a lack of consistency in the narratives form. The bouncing back and forth between David and Nic’s stories creates a jarring shift, where it’s hard to emotionally invest fully in one struggle. Not to mention Maura Tierney and Amy Ryan deliver strong work in sadly brief time. That’s not to say the direction from Felix Van Groening isn’t strong, considering he’s no stranger to the material. His Broken Circle Breakdown also dealt with a family struggle during a tragedy. The humanity in these characters is what Groening understands. The gentle, sadly fleeting moments, such as David singing John Lennon’s Beautiful Boy (Darling Boy) to Nic before bed. It plays like a scene ripped from the hearts of every father who wanted to perfectly express their love for their kin.

Not to be overshadowed or forgotten is the performance from Chalamet, who continues to rise to the top of the acting game. Unlike his complex character in Call Me By Your Name, his portrayal in Nic is painfully honest. There is a place where Chalamet goes to evoke Nic’s addictive tendencies with a blank stare, like a prisoner, trapped in a place that cannot be explained to those on the other side. It’s a place that should scare everyone because addiction can effect all of us. The path to rock bottom is where it can take someone and it’s not a guarantee to make it out.

In it’s flawed way, Beautiful Boy finds a path to make an impact in a crowded year of emotional movies. What I genuinely appreciated about this film is it’s portrayal of unconditional love. David fights for his son’s survival with all he has, which is the kind of love that can’t be described. It’s true love. It’s something, in my early days of parenting, that I honestly fear in my sons future. Beautiful Boy is at least saying something about addiction, that message is one of love in the face of an epidemic that can tear us down. We can find happiness in those around us and we don’t need the next high. I hope Beautiful Boy brings more families together. 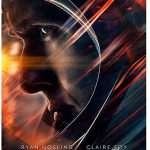 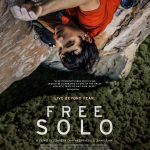