DIRECTED BY: WILL SHARPE

How am I just now learning about an artist who made a name for himself by painting delightful images of cats? The Electrical Life of Louis Wain is a rollercoaster biopic, about a man who was put through tribulations in his life journey, navigating society with his brilliant mind, his uplifting love for his wife Emily (Claire Foy), his complicated family, which he took under his care, and his own mental health which deteriorated fast. It sounds like a lot, but there’s also a lot of beauty in the life story of Louis Wain (Benedict Cumberbatch), including plenty of heartbreak, and a rightful tribute to a man worthy of attention. With a whip-smart script, a light sense of humor, and a big heart in director Will Sharpe, The Electrical Life of Louis Wain is an emotionally resonant experience.

Benedict Cumberbatch, who is having an excellent 2021, is one of the major reasons to see a movie about a historical person, especially if it is a person one might not typically have interest in. The Courier star embodies the life of Wain to near perfection, with his eccentric ticks noticeable from the first moment, sporting a mustache that deserves its own backstory. The screenplay by Sharpe and Simon Stephenson starts in the middle, with Wain working as a minor portrait artist, and looking for a job doing sketches in a printed publication, his hands moving lightning quick, while interviewed by an editor. There’s a bit of risk and reward to hiring a person like Louis, undoubtedly brilliant, and unpredictable in his honesty. The burden he carries of taking watch of his five sisters and mother wears on him, with the watchful eye of his older sister (played by a stern and bitterly cold Andrea Riseborough) often badgering him to do more for the family. All of the stress subsides when governess Emily Richardson enters the fray, helping out to care at the home, but a light and energetic soul to make Louis life much better.

The first half of The Electrical Life of Louis Wain is a beautiful love story, where both Louis and Emily share a similar awkwardness that’s adorable, while Cumberbatch and Foy have an electric chemistry that could power a light bulb. It’s that electricity that Louis often talks about, something that he feels cannot be captured with your hands, but most certainly exists in the air. The love between is beautiful and then takes a turn for the worse, where Emily realises she has breast cancer, delivering a crushing blow to the narrative that will not leave your eyes dry. It’s during Emily’s struggle where the couple rescues a cat in the rain, which unbeknownst to Louis, would become the inspiration for his life’s work. The bond between Louis and Emily is transferred to the cats they own, which is portrayed in animated paintings, watercolors on a canvas full of life, and a sanctuary in the mind of Louis to find comfort. It’s impossible to not understand how Wain was able to find comfort in his feline friends, a constant companion to be there, while his wife succumbs to cancer, and his mind slowly deteriorates as life goes along.

It’s the second half where the tone of The Electrical Life of Louis Wain shifts, from a beautiful love story, to the sad changing of a man with schizophrenia. Similar to his middle sister, Wain would eventually find himself in round the clock psychiatric care, which Sharpe finds a way to tie a bit too nice of a bow on a situation, especially for the time where the discrepancies between men and women being treated for mental illness was detrimental. It is, however, still done in a tasteful manner, where Wain’s life is treasured more than viewed as a mad genius. Although the second half is extremely lacking due to the absence of Claire Foy, it’s a reminder that the mind is a difficult manner, never stopping a man such as Wain from reaching his full potential.

The Electrical Life of Louis Wain is how biopics of brilliant artists can serve a purpose, not just for telling the story of a man, but for highlighting how far the world can go when the mind is appreciated. It also works as a movie that captures elegant costumes, sets, and more importantly, the importance of pets. There’s a comradery they bring and an energy they give off to make humans happy, which is a reason we need them more than ever today. Louis Wain showed the world a way to appreciate cats in an entirely different light. He was a phenomenal painter, a man that took care of those around him, and created a spark that may not have been there before. It’s brought to life by Benedict Cumberbatch and his performance as Louis Wain is simply electric.

THE ELECTRICAL LIFE OF LOUIS WAIN IS NOW PLAYING IN SELECT THEATERS AND ON AMAZON PRIME FRIDAY OCTOBER 22ND, 2021 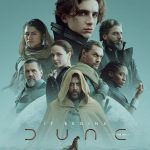 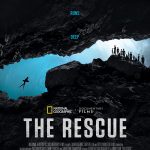