Ema Horvath is taking a path in movies that can only lead to stardom. It’s a similar path to someone such as Anya Taylor-Joy, where she has the looks, the drive, and the start of what should be an excellent career in cinema. The 26-year old actress is just getting the acting engine going too, but it’s been building, where Horvath attended the Interlochen arts school in Michigan, decided to get her B.A. in English literature at Harvard, and has now been cast in Amazon’s upcoming Lord of the Rings series. Her recent film, What Lies Below, is a cool new mix of a movie like The Stepfather meeting The Creature From the Black Lagoon. The majority of it all works because Horvath plays it to perfection and I had the chance to chat with Ema for the Hot Seat on AMovieGuy.com. Watch it here: 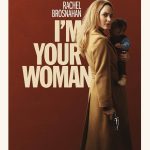 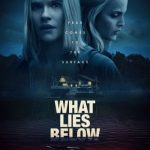