With the lack of superhero movies in 2020, it’s safe to say that a slight gap has been left open for the genre of cape and cowl stories. I say slight because I don’t necessarily miss the weekly Marvel or DC adventures. It’s opened the door for more independent films, more science fiction, and horror films that fail to receive the attention they deserve. Of course, it also means that there might be a movie that merges all of those things and that is Andre Ovredal’s Mortal, which is part Thor origin story, part superhero on the loose. Nat Wolff stars as Eric, who we meet sleeping in the woods, homeless, unkept, messy hair, and he’s having nightmares of setting things on fire. They turn out to be just his strange ability to electrically charge things with his hands and when he accidentally kills someone who picks on the wrong guy, it sets a manhunt on a man who can’t seem to gain control on his unlimited power. Mortal is a mixed bag of action, with some exciting set pieces, a shocking ending, and an interesting look at a superhero story told without Mickey Mouse looking over the directors shoulders. Mortal has enough power to charge an audience’s superhero needs.

One of the more interesting factors about Mortal is that this is director Andre Ovredal’s follow-up to his successful Scary Stories to Tell in the Dark. He had the guidance of Guillermo del Toro with that one, but this time he heads back to his native Norway, which sets gorgeous visuals, but also hurts with casting an American actor in the lead role. It’s not to say that Nat Wolff isn’t qualified, it’s just that he doesn’t exactly fit the Nowegan look. After his Eric character is introduced and the strength of his powers, he is detained by local police. He is introduced to Christine (Iben Akerlie), a local psychologist trying to get into the mind of this man for authorities, but what Eric unleashes in the police station sets tables on fire and a massive electrical explosion. That’s followed with an Interpol officer named Hathaway (Priyanka Bose) taking over the case, but her motives involve dissecting the powers that Eric has, hoping to use him as a weapon for military purposes.

Even with all of the flaws that Mortal has, it’s impossible to not praise it for the visuals. The cinematography by Roman Osin captures large mountain sides, large untouched backgrounds, and lightening storms that pop to the eyes. An exciting scene where Eric is captured by Hathaway and put on a helicopter turns into an intense situation with lightning striking the helicopter down, and Eric needing to find control of his powers in time to save lives. The writing by Ovredal, Norman Lesperance, and Geoff Bussetil is a bit thin on flushing the characters out, but they do a nice job of making the scenario feel more real than fantasy. Eric’s character has these powers, which he has no idea how to control, and the result is painful for him. His body becomes a burnt piece of toast after every electric outburst, and with every moment his power grows stronger, and the military searches to take him down.

On the negative side, Mortal fails to build enough to make character relationships believable. Eventually Eric and Christine run off together, with her believing he can’t control his electric shocks, and understanding his kindness. The chemistry is never truly there and when their connection turns romantic it is contrived and unnecessary to the story. Nat Wolff is a talented actor, along with his brother in films such as Hereditary, and his mother Polly Draper directing him in Stella’s Last Weekend, there’s a balance between rugged and charming that makes him suited to carry a film of this nature.

Mortal ultimately kept me mildly entertained. The pace moves with a purpose and there is a surprise at the end which nobody could see coming. It has an electric charge of action, although for Ovredal it is a step back from his last film, but not bad enough to remove that he’s a talented director. Mortal is good enough to subdue any withdrawal you might have from superhero movies. It’s just not super enough. In fact it’s incredibly mortal.

MORTAL IS IN SELECT THEATERS AND ON DEMAND & DIGITAL THIS FRIDAY NOVEMBER 6TH. 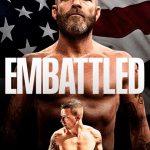 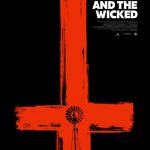 The Dark and the WickedReviews