As far as sports films go, the competition of mixed martial arts has seldom been dissected in a cinematic fashion. Warrior is the only example I can think of and the sport as an art form is comparable to a sledge hammer hitting a brick wall. It’s a grace to it, but in a way that it must be slowed down to discover such beauty. Unlike the Rocky or Creed films, where the boxing is a choreographed dance, mixed with the violent impact of a punch, and the will of two giants pushing against one another. In Embattled, director Nick Sarisov finds an interesting way to create drama inside and outside of the octagon. Stephen Dorff stars as champion Cash Boykins, tattoos all over his body, a foul mouth, a history of anger issues, while also being the complex father to his 18-year old son Jett (Darren Boykins). Jett is following in his footsteps and becoming a world class fighter, but the two butt heads constantly, and while they get along during a string of valiant victories, their differences set them on a collision course, subjected to fighting each other in the arena, one time, father vs. son. It’s why Embattled scores plenty of points and lands the perfect amount of emotional punches that you may not see coming.

When watching Embattled, it will be difficult for cinephiles to not remember Stephen Dorf’s film with Sophia Coppola- Somewhere. That was also about a father that was distant from his child, Dorf playing a successful actor, an alcoholic trying to relate to his young daughter, but connecting in his own painful way. With Embattled, Dorf is playing this role with much more edge and rage, where his portrayal of Cash is an unpredictable ticking bomb, similar to a Colin McGregor. The contrast with Jett is a flip of roles, where the teenager is playing the role of father to his mentally disabled brother Quinn (Colin McKenna), while his mother (Elizabeth Reaser) works multiple jobs to support her children without the help of a man who mistreated her. Keeping Jett away from his dad is not an option, where the two obviously have a connection through the sport, but that connection builds to a battle that will settle the resentment that both hold for one another.

Typically with a movie of this magnitude it will feel as if it has been done before. Other films such as The Wrestler or Antoine Fuqua’s Southpaw also hit on fathers trying to regain standing with the children they have hurt. Writer David McKenna has a history of his work dealing with shattered families, such as American History X or Blow, but Embattled has the two confront one another in the octagon, adding a disturbing wrinkle into fighting through differences. The performance by Darren Boykins is measured and emotional, as a young man seeking his father’s approval, even though his dad doesn’t deserve his love back. The performance by Dorff is both internal and external. His mouth is filled with gold teeth, the words he speaks are filled with vitriol, he drinks too much, and he backs it up with fierce blows to his competition. It’s an engaging dissection of masculinity in America today.

The other part about Embattled that I appreciated was how director Nick Sarkisov and his cinematographer Paul Ozgur captured the fights in the octagon. There is an in-your-face view of the fights, a POV look that is sometimes similar to that of Raging Bull, with the fighters grappling, and a choreography to the swinging of their limbs. When mixed martial arts has short time limits and a maximum of five rounds, there needs to be a creative side to the direction, which is exactly what Sarkisov achieves. It’s more than enough to make an argument that MMA narratives could take over the overplayed subgenre of boxing movies, and that’s something I do welcome.

Embattled is a welcome surprise, capturing a story of family, and an engaging dissection of masculinity. There is a side of toxic male authority, the pushing of Cash’s weight around, while he pretends to be a representation of strength versus the way that Jett steps up to his father and proves that there’s a better way to live. It’s a familiar story but continues to be a message that men in the world need to hear. Embattled goes the distance and survives the fight. 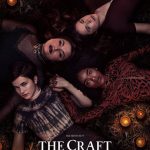 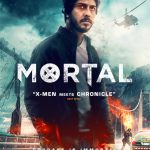