MOVIE: THE DARK AND THE WICKED

It’s confusing that Bryan Bertino’s The Dark and the Wicked was not released in October, not just because it was a horror film for the Halloween season, but because it’s easily the scariest movie of 2020. The typical quote that comes from critics when a horror movie succeeds in the scare factor is, “it’s the scariest movie since The Exorcist”. That kind of statement looks good on the advertisements, but it will never be a true statement, because it’s impossible to replicate the lightning that William Friedkin made in The Exorcist. That still doesn’t mean a movie can’t come close and The Dark and the Wicked captures a chilling picture of death, haunting a Texas family, and the kind of stuff that haunts you in your sleep.

The plot involves a family in a small, rural town of Texas, with Louise (Marin Ireland) and her brother Michael (Michael Abbott Jr.) heading back home to the call of their mother (Julie Oliver-Touchstone), desperately in need of help taking care of their ailing father. The problems, however, are not on a medical level, but something incredibly terrifying, a demon of sorts, an entity that is haunting this family home. The result is a surrounding fear, with the animals in the barn freaking out, spiders crawling out of their fathers mouth, terrifying visions, and something that forces their mother to take her own life. This leaves the siblings stuck at home, trying their best to take care of their sick father, and fight off the mysterious entity haunting them.

When we view movies in the horror genre, there are a plethora of reasons for why the scary scenes can work or not work. What director and writer Bryan Bertino does right is just about everything. The setting is authentic, dirty, both inside and out, like a rotting carcass. The lighting is dark with hints of natural light, creating an eerie tone, and the possibility of anything that can get you in the night. There’s also an excellent mix of jump scares, shifting the camera to hide things. And then there is the downright terrifying makeup, with eyeballs missing, figures hovering over Louise, as she slowly loses her mind. It’s a paranoia that goes between Louise and Michael, like a tennis match of terror, where it sends the narrative down a path that is unpleasant for all involved.

From the first act to the final act, The Dark and the Wicked is a build up of horror. It includes multiple sheep freaking out and left in a trail of dead animals, a priest (played by the excellent character actor Xander Berkeley) that arrives to warn of the spirit, but even his presence is an added layer of terror. There’s plenty of movies to compare The Dark and the Wicked to, such as Poltergeist, The Conjuring, or yes, The Exorcist, but that’s only in theory. The reality is that Bertino has made an incredibly unique picture of terror striking rural America.

THE DARK AND THE WICKED IS PLAYING FRIDAY NOVEMBER 6TH AT THE MUSIC BOX THEATRE AND IS AVAILABLE ON DEMAND. 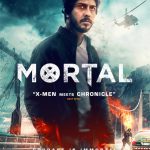 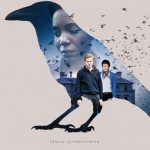