It was hard for me to remember the last truly romantic movie I had seen. I always go back to John Crowley’s Brooklyn, which was in 2015. That means it has been a full five years since a movie has projected any true romance on the big screen. Maybe that is what the world has been missing? Love, sweet, sweet love. It all arrives, just in time for valentines day, in the darling film The Photograph, directed by Stella Meghie and starring chameleon actors LaKeith Stanfield and Issa Rae. It involves two stories of love, one in the past, another in the present, and how we navigate life to make the love last. The Photograph is a snapshot to keep. A beautiful representation of what it’s like to fall in love, between two gentle souls, and not letting the past project your future.

As many other love stories begin, it’s boy meets girl, but this story starts in Louisianan. Michael Block (Stanfield) is a reporter for The Atlantic and his recent coverage is about those affected by hurricane Katrina. It leads him to meeting Isaac (Rob Morgan) and their conversation turns to a collection of photos, particularly one of Isaac’s former lover Christina (Chante Adams). Michael is struck by these images, crisp black and white photos, driving him to seek out the photographers work in New York. It’s there where he meets curator Mae (Rae) and the sparks instantly fly between these two. Back and forth we go, between the lost love story of Isaac and Christina, and the budding romance of Michael and Rae. Obviously there is a connection between these two tales, but how we get there is the fun, watching the blooming of these two lovers is special.

What stuck out to me in The Photograph was how adult it is. In recent memory of romance movies, the narrative has been under the guise of a cheesy young adult novel, a cliched Tyler Perry movie that thinks it’s prophetic to ask “Why did I Get Married?”, or a painful Nicolas Sparks romance that turns your cynicism to an eleven. Not this time. The Photograph is a throwback to Nora Ephron films mixed with a stylish nature of a Woody Allen film. But it’s unfair to compare The Photograph to anything, especially the lilly white cinematic institute as the latter. The script, written by Meghie is a revelation, featuring two of the best actors today, and showing the world that these kind of movies still work. The Photograph is equal parts romantic, emotional, passionate, and funny. It’s completely human.

The script and direction from Mehie is superb in the pacing, framing of our characters, but it’s hard to not gush over the chemistry between Stanfield and Rae. I could write about these two for days, Rae who has hit the big time with HBO’s Insecure and the fascinating emergence of LaKeith Stanfield. The Photograph officially proves his flexibility as an actor. His last three films, Knives Out, Uncut Gems, and now this, all highlight amazing range. It is his performance here that shows a deeper, softer side that rests inside him. A first date scene between these two is painfully charming. I audibly giggled at their connection. The two discussing the state of hip-hop music, a distaste for Kanye, Michael’s love for Kendrick Lamar, Rae’s appreciation for Drake. It’s the kind of moment that makes you believe in love and setting up the fear for heartbreak.

Yes, The Photograph does have some moments that may not always land, maybe a cheesy line here or there, but the majority of it is great. The supporting cast is equally impressive, including Lil Rel Howery providing comic relief as Michael’s kind cousin, Courtney B. Vance in a thankless role, and Chante Adams delivering a performance that in a subtle way holds the story together. Above all of that praise, director Stella Meghie has broken ground that deserves to be shattered. Here is a film about a black man and a black women falling in love. Feeling vulnerable, scared, and fulfilling their sexual desires for one another. A movie that is not about slavery or race. Not a biopic or an awards season drama. The Photograph is why representation matters. The Photograph will make you fall in love all over again. 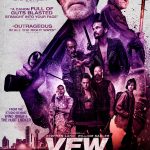 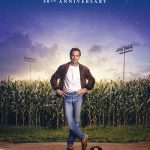