I will recommend a movie like VFW 9 out of 10 times. It has a premise that is reminiscent of John Carpenter’s Assault on Precinct 13. The cast is a collection of who’s who character actors, starring Stephen Lang (Don’t Breathe), William Sadler (Bill & Ted’s Bogus Journey), and the Hammer himself Fred Williamson. Even the other actors are people you know from something legendary. David Patrick Kelly from Warriors or Martin Kove from The Karate Kid. For fans of the horror genre or fans of any film that would be playing late at night with a raucous crowd, VFW is the experience for you. It’s about a group of military veterans, remembering the good ole days, drinking beers, whiskey, and trying to survive the attacks of a bunch of drugged up zombies. There will be no better place to be this weekend than the VFW.

The plot starts with a bad dude that goes by the name of Boz (Travis Hammer), he’s the supplier of a synthetic drug that has made all his users turn to psychotic addicts. Most people don’t want to cross him, but a woman named Lizard (Sierra McCormick) is pissed off that the drug took her sisters life, so she steals his massive stash and decides the only place for her to hide is the VFW nearby. That’s too bad for local veterans Fred (Lang), Walter (Sadler), Abe (Williamson), Lou (Kove), and the rest of the bunch. They all just want to hang out, enjoy their booze, the misery, and the memories. Now Boz has released his drugged up goons to attack the VFW, kill all inside- especially Lizard, and get his drugs back. But this is not just a group of old farts unable to walk, there is still a bit left in the tank, and these guys are not going down without a fight.

With a premise as simple as it is, one might think VFW could be boring or has been done better. Even if that were true- which it’s not- it’s amazing that director Joe Begos was able to gather this specific group of actors and succeed at making it work. Begos, whose previous film Bliss was an excellent midnight vampire flick, is a master of setting his location. The VFW is cold, vacant, and poorly lit, creating an atmosphere that seems impossible for survival. Also, in the circles of the horror movie community there can be a let down with a cast this fun. That’s not the case in VFW. Lang, the constant professional, plays the leader of the group, willing to do anything for his friends. William Sadler is the comic relief, still the wild man in the bunch. Kove is a loose cannon. And outside is a pack of crazed maniacs that want their drugs. The fight for survival becomes a chance to use anything around them as a weapon. Brooms, bats, loose nails, you name it. The war is now just outside their door.

On top of having a stellar cast of character actors, what you look for in a movie where the goal is the need to fight for survival, is you hope the gore and action finds that nice balance of blood and explosions. That’s exactly what you get in VFW. Some heads are smashed in, fingers chopped off, and cars set on fire, which is the fun you expect, but it’s not all just on the surface either. Begos finds the balance in the script by Max Brallier and Matthew McArdle, which sends a clear message of how tough life can be for a war veteran, long after their time in active duty. It’s hard to find a purpose in life again and they may never grasp an understanding for the wars that they fought. It’s cool to see a movie portray veterans as the protectors from a zombie breakout and even cooler to give this cast a chance to work together.

VFW has it all. It’s a ton of action. It’s gritty and gnarly and it’s one of the coolest cast of actors gathered into a single movie. Joe Begos has emerged as a rising star of directing, as someone that clearly understands what fans of horror or action genre want to see. That’s a talent, a skill that might not always work. It’s not a bad thing to be locked in a VFW with these guys, the fun of it all is seeing who the hell can make it out alive. 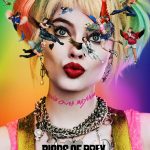 Birds of Prey (And the Fantabulous Emancipation of One Harley QuinnReviews 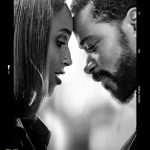