Finally, Chicago is getting the chance to see A Quiet Passion, the exquisite new film from Terence Davies, about the life of poet Emily Dickinson. There is nothing flashy about a film about poetry or proper manners, but here is one that excels at a plethora of cinema factors. Start with a fantastic, even Oscar worthy performance from Cynthia Nixon, then you add in a vibrant script, top-notch casting, and spectacular costume design, and it all makes for one of the best films of 2017. A Quiet Passion is a dive into the mind and spirit of Miss Dickinson, who to this day, is a writer that changed the way words were put to the page.

In many aspects, A Quiet Passion can be seen as the premiere feminist film of our time. Dickinson, born in 1830, was ahead of the curve of women’s rights, having the courage to speak up to others and their fractured thinking. The film starts 1848, with young Emily (played by Emma Bell) being dismissed from Mount Holyoake Female Seminary, because to the principle, her independent thought makes her reckless and unruly. She ventures back home, where she is met with just as much disdain from her uptight family members. It is a time where her father’s (Keith Carradine) prominent political stature trumps all thought, while Emily must publish her writing under an anonymous name, just to be respected in the literary world.

A large portion of scenes take place around conversations between Emily and family, which is even more of the reason why Davies’ script is so flawless. After the film transitions, using state of the art special effects, from the younger Bell-version of Dickinson to the older Nixon-version, the focus zooms in on the relationship between Emily and her younger sister Lavinia (Jennifer Ehle). Their bond is that of comfortable survival, both equally laughing at the foolishness of proper behavior that is expected of them. They share their passions for reading and writing, while supporting one another, while Aunt Elizabeth makes snide remarks about their improper lives. It’s the constant, perfectly dictated dialogue, that keeps Emily three steps ahead of those daring to doubt her knowledge.

Later on, the arrival of Lavinia’s friend Vryling Buffam (played with glowing energy by Catherine Bailey) clings to Emily, as their bond grows out of their disdain for the ignorant. Vryling is a spitfire, often keeping any man at arms-length and delivering some of the best lines of the entire film, such as lamenting, “America’s the only country in the world that looks upon death as some kind of personal failure.” It is the outlook of defiance against the status-quo that tries to put both Vryling and Emily into specific boxes that only makes their wise words even more impactful.

Emily’s life progresses, as the pressures from others mount, to believe in a specific God, write as if she is pinned to a specific place, and to love a man like she was a servant. She defies them all, staying honest and true to herself throughout. And that is why there may not be enough time to praise the work done here by Cynthia Nixon. Her strength and passion is carried with wisdom and what feels like a perfect knowledge for the woman she plays. I know a film such as A Quiet Passion will not receive the love it deserves, but an Oscar nomination and Independent Spirit Award nomination are due for Nixon.

A Quiet Passion is truly a masterpiece. With an astounding supporting cast, exquisite costume design, and meticulous detail from director Terence Davies, it makes for the kind of film that has audiences craving for more knowledge about Emily Dickinson, her beautiful writing, and the fight she gave for all women, so that they too could be seen as equals. Her passion was her power and she would not be quiet. 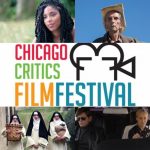 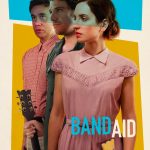