Reaching the 5th year of a film festival is a milestone moment for the Chicago Film Critics Association. They should not only be extremely proud for reaching this peak point in time, but they can put their hat on how they continue to gather a collection of impressive films and talent, putting Chicago in the spotlight as a place to watch great movie entertainment. The fun stars on Friday with the newest comedy from director Jeff Baena- The Little Hours, starring Aubrey Plaza, who will do a Q&A after, and continues till Thursday. The lineup is stacked with movies you won’t want to miss and here are some of AMovieGuy.com’s recommendations:

Although I have not seen it, the one movie that eluded me at SXSW and received a standing ovation at the Sundance Film Festival is Patti Cake$. That gives me more than enough reason to make it a must see at the CCFF. The second film on opening night, this is a film about underdog Patricia “Killa P” Dombrowski (Danielle Macdonald) who lives in New Jersey and is doing her best to escape her broken home and reach hip-hop superstardom. It may sound like formulaic filmmaking, but the premise alone seems like the kind of film I would enjoy.

Don’t you just love it when a movie has a musical score that gives you goosebumps? I know I do, that’s why I think you will find a lot to enjoy about Score: A Film Music Documentary. Although the conventional aspect of this documentary may be too basic for some, I loved the way director Matt Schrader makes sure to gives us sequences in classic films where the scores changed the way we watched cinema. There is also a lot of gold interviews with legends Hans Zimmer, John Williams, and Danny Elfman. This is a perfect way to start your Saturday morning at the Music Box Theatre.

Pat Healy is a Chicago native who continues to become more recognizable. You may remember him in movies such as Magnolia, The Innkeepers, and Cheap Thrills, but this time he sits behind the camera and acts in front of it in Take Me. Healy plays Ray Moody, a man who wears a cheesy black wig and runs a professional kidnapping company to help people in various ways. It’s the directorial debut for Healy and features a strong performance from Taylor Schilling, as the two spare off against one another in a movie with a twisted sense of humor, that keeps you guessing who is honest and who is not. It’s guaranteed fun at the movies.

One movie that I did not talk about enough of after SXSW was Dustin Guy Defa’s Person to Person. Shot on 16mm film, here is a movie that is the most New York movie you will see this year. The film follows a collection of characters in the city, from a record collector who is looking for a rare piece of vinyl, a murder mystery followed by a fresh newspaper reporter and her mentor, a man who tries to mend mistakes made with his girlfriend, and a girl who breaks out of her shell from her stubborn ways. Together, it makes for a quirky and fun film, with scenes that remind us of all things Woody Allen.

Mr. Roosevelt took home the Austin award at SXSW, which proves it’s good, but it will also charm your pants off. One of my favorite movies at the CCFF is this film. Director and lead actor Noel Wells is super talented and the cutest button I’ve seen in a long time. She plays Emily an aspiring comedian, who receives a call from her ex-boyfriend that their cat has become sick. After hearing the news, she races back to Austin, Texas, only to become a third wheel with the ex and his current girlfriend making for a mixed experience of uncomfortable laughs and learning a lesson on life. Mr. Roosevelt is a movie, that for everyone who attends the CCFF, they will love. It’s guaranteed to be a fan favorite for sure. 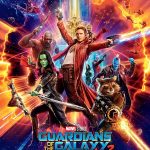 Guardians of the Galaxy Vol. 2Reviews 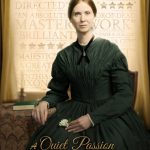