Darren Aronofsky’s work has been worthy of discussion. His style and narrative choices challenge the viewer, pushing the boundaries on topics of religion, relationships, and addiction. Past decisions on movies such as Noah, The Fountain, or Mother!, have all brought their own narrative conflicts, but The Whale feels like his biggest miscalculation yet. It’s the furthest a story could get from Aronofsky’s style, and try as he might, there’s nothing that makes it worth watching. The lead performance from Brendan Fraser will earn accolades and it comes at the expense of misery for the viewer. The Whale is a mammoth undertaking, lacking in subtlety, and compassion, that leaves the viewer gasping for air on the beach.

We first meet Charlie (Fraser) sitting on his couch in the midst of teaching his online course of writing. He’s a large man, pushing over 600-pounds, and confined to his imobile state. He’s interrupted by a knock at the door from a missionary named Thomas (Ty Simpkins) looking to spread the word of Jesus Christ, and in that moment, Charlie has a near heart attack. It’s only the reading of an essay about Herman Melville’s Moby Dick that can calm him down. Next, we meet his live-in nurse Liz (Hong Chau) who takes care of his needs. Getting heart medicine. Helping him feel comfortable while also enabling his fix of food. This small apartment is our stage and we are present in the life of a man in his own trauma nest. All that surrounds is heartbreak, loss, and repression, all of which has helped him get into the state that he is currently in.

The traumatic experiences in Charlie’s life are heartbreaking and justify his current state. When his daughter Ellie (Stranger Things star Sadie Sink) arrives it comes with a mountain of conflict. She is a troubled teenager. She cries out for help by purposely failing her schoolwork. She visits her father when he is not granted custody and proceeds to take her justified anger out on him. In a dysfunctional way, Ellie and Charlie reconnect, but not without opening the wounds of Charlie’s past; The trauma includes losing his boyfriend to suicide, repression of his sexuality, one that both him and his partner suffered greatly from. It reveals itself in his overweight status. The crushing existence of his life becomes persistent, with the only direction for the narrative tone to drag the audience down.

It’s not that The Whale is without a heart. On the contrary, the screenplay from Samuel D. Hunter (adapted from his stage play of the same name) is intent on cracking open our empathy receptors. For some he will succeed. Fraser is wrapped in a convincing amount of prosthetics and looks unrecognizable. He also delivers a performance overflowing with Oscar clips. The problem is that the emotional bait on the hook is incredibly blatant. Mixed between the cloying desperation for the audience to feel something, is the obtuse combination of Aronofsky’s religious dissections, injecting conversations about bible verses, Charlie’s loss of faith, and Gladiator-style imagery of Aronofsky’s version of elysium. It’s the equivalent of a square peg being jammed into a round hole.

Outside of the thematic problems, is the sheer tone of misery, which as a viewing experience is impossible to recommend. In an attempt to say something about finding love, writing with honesty, and having empathy for someone of Charlie’s size, Aronofsky relentlessly focuses on his protagonist’s eating. It allows Matthew Libatique’s cinematography to gawk at Charlie scarfing down pizza. The subplot of a father reconnecting with his daughter correlates with Aronofsky’s The Wrestler, but that film is in service of redemption, something The Whale never earns. Instead it’s the daughter that must do the connecting and she’s not mature enough to handle. The screenplay succumbs to the cloying nature of the story, better suited for a different director, instead of Aronofsky making it fit to his sentiments.

There’s not a benefiting thread to glean in The Whale. The true praise in performance should be for Chau, as she shows internal struggle for her the responsibility for Charlie’s wellbeing. That’s not to take away a comeback for Fraser, an actor worthy of being raised up, but it should not be assisted by a fat suit, and instead measured on his thespian skills. That’s what makes this such a disappointment. There is great intention from everyone involved, a true inspiration to harpoon our emotions, but as Melville once said, “There is no folly of the beast of the earth which is not infinitely outdone by the madness of man”. This time Aranofsky has just gone too far.

THE WHALE IS CURRENTLY PLAYING IN SELECT THEATERS. 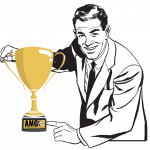 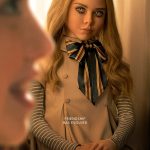