In Hollywood there is a shortage of movie stars and there is a shortage of romantic comedies. Ticket to Paradise has two of the biggest names in movies and also happens to be a romantic comedy and getting it in October of 2022 is a sheer joy that you have to cherish. And there is no better way to get audiences to embrace a movie than to have George Clooney and Julia Roberts as the leads. Ticket to Paradise involves a divorced couple surprisingly finding themselves headed to Bali, Indonesia to meet their daughter’s new fiance Gede (Maxime Bouttier). The surprising part is that they are getting married that weekend and now the former married couple must do anything in their power to break up this happy marriage before their daughter ruins her life. What transpires is a collection of dysfunctional family fun in the sun, where new flames are ignited and old flames start to grow, making Ticket to Paradise a delightful trip of rom-com luxury.

The scene is set on two sides, David Cotton (Clooney) is an architect in New York, while Georgia (Roberts) is an art curator in Chicago, and in the middle is their daughter Lily (Kaitlyn Dever), who has just graduated from law school. It’s a brief moment where the two parents must be cordial with one another, briefly bickering, and go back to their separate ways. The plan for Lily was to take a relaxing trip to Bali with her aloof friend Wren (Billie Lourd in her witty wild personality) and then get back to practicing law. When she meets local seaweed farmer Gede it’s an instant connection and a few weeks later mom and dad get a message about a wedding. This sends David and Georgia out to Bali together, forced to set their differences aside with hopes of devising a plan to sabotage what they see as Lily throwing away all her potential for a silly little love. That of course isn’t so easy as the heart wants what it wants and the two parents might have to do some soul searching of their own in paradise.

In the history of cinema a movie of this material isn’t out of the ordinary, in fact it used to be the standard, where attractive movie stars got together for a hilarious lark. We saw Cary Grant and Audrey Hepburn do it in Charade. Clark Gable and Claudette Colbert in It Happened One Night. Jimmy Stewart has too many movies like it to count, from Vivacious Lady with Ginger Rogers, or The Shop Around the Corner with Margaret Sullavan. We used to get these movies. Now, we’re lucky to ever see stars of this magnitude on the big screen. The credit belongs to writer/director Ol Parker, along with co-writer Daniel Pipski, as they gather Clooney and Roberts in a gorgeous setting and allow them to kick their shoes off. It’s also not too cheesy or ridiculous either, where one can’t help but get a kick out of watching a scene involving David and Georgia playing beer pong with the new couple, which leads to goofball dancing and a looseness that only uptight actors would be afraid to attempt.

When the narrative veers into the head-butting parents having to bond together, that of course comes with a truck full of bickering between the two. Sharp jabs, backhanded digs, and witty retorts become the running dialogue. For many that will start to wear on the audience, but what Parker properly does is allow the emotions between family members to be earnest enough that it’s rooted in reality. The chemistry between Roberts and Clooney is instant and that equally matches with how Dever handles their often childish actions toward the situation with heartfelt dialogue. A plot of this nature is undoubtedly sophomoric and similar to a sitcom and yet all of it is pulled off to the right degree.

It’s hard not to shower praise on exactly everything that Ticket to Paradise does, a movie that everyone’s parents will enjoy, while others may stick their noses up at it. There’s only so many chances where we will see George Clooney and Julia Roberts play in the romantic comedy sand. The final result is a getaway of sheer delight. Two big movie stars showing off their charisma, in an exotic location, being the complicated parents that we all can have. Ticket to Paradise is a delightful escape.

TICKET TO PARADISE IS PLAYING IN THEATERS FRIDAY OCTOBER 21ST, 2022 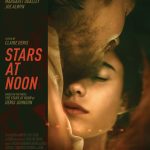 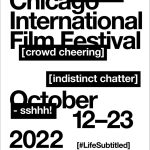