The best way to describe Smile is that it’s a water cooler horror film. The kind of movie that catches the attention of everyone, with a simple concept of people smiling at someone in a creepy fashion, and it’s more than enough to give you chills. What makes director Parker Finn’s film work even more is that this is a voice that understands how to turn the screws, reeling the audience in to look one way, and then scare them in the other. It also has an impressive lead performance from Sosie Bacon- yes, the daughter of Kevin Bacon and Kyra Sedgwick- who has obviously began to carve out her own path in the horror genre, playing a therapist at a psychiatric ward who has the bad luck of having this entity attach itself to her. There are a lot of great scares and tension smiling upon us and Smile is a new face of horror.

We meet Rose (Bacon) during another of her visits with a patient that frequently has issues in the ward of her hospital. She takes a deep breath, slowly walks into the room, and understands how to get on the same level of someone going through a manic episode. It’s a stressful profession, no doubt, but Rose is committed to it, almost too much, where her own mental health is at risk. And then she decides to take one patient too many that day, when a young woman who recently witnessed a traumatic suicide enters into the hospital, and ever steady Rose tries her best, but this is a woman possessed with something. She kills herself in front of her and now whatever it is has attached itself onto Rose. Now the curse of Smile has latched on.

A simple way to classify Smile is that it’s similar to a movie such as The Ring or The Grudge, films where a character must pass on a curse from one person to the next, but what makes Smile work a bit more is Parker Finn’s writing, dealing in subjects of trauma, and how we believe those telling the truth. It’s not in the same vein, but I am reminded of the Child’s Play series, how Andy Barclay’s character is never believed, and Finn makes the experience for Rose a prison of her own mind and body.

Often in a movie of this style as well, it’s the often used “jump scare” that would be viewed as cheap, but here it is on display to an impressive degree. Finn turns the screws as tightly as possible, forcing the audience to leer into the screen, and then hitting them hard with a big gotcha. It also helps that the sound design along with the score by Cristobal Tapia de Veer is a nerve wracking blitz. Everything from the scraping of a can of cat food, a pluck of strings, and soft breath works its magic. The supporting performances from Kyle Gallner, who arrive as an ex of Rose’s, and Robin Weigert as her therapist to show the complexities of therapy when the trauma is beyond what’s on the surface. The extra credit, however, belongs to Sosie Bacon, as her work is good at carrying the drama, delivering a scream, and searching for a way out in the end.

What complaints that exist are the standard sluggish middle section, which can feel a bit redundant, but those issues are rectified by a bonkers ending that I loved in a lot of ways. The other relevant fact is that Sosie Bacon has a spark and the skills as an actor to blaze her own trail along with Parker Finn who has a confidence for a first time feature that is scary good. Good scares, acting, and strong directing. The final line is that there is a lot to smile about when you’re done watching Smile.

SMILE HAD ITS WORLD PREMIERE AT FANTASTIC FEST AND WILL BE IN THEATERS SEPTEMBER 30TH, 2022 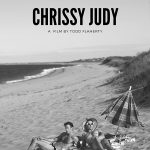 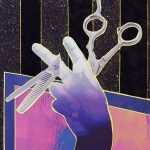