As I viewed the new documentary Manscaping, I started thinking about the films that feature barbershops as their primary focus. Sure, there is the quintessential 2002 Tim Story film, Barbershop and its subsequent sequels but there really hasn’t been significant filmic representation of the barbershop experience across cinema history. (Can we count the horror/musical Sweeney Todd: The Demon Barber of Fleet Street?) Beauty shops for women have been prominently featured in well-received films such as Herbert Ross’s Steel Magnolias and Hal Ashby’s Shampoo. Even Edward Scissorhands showcased the main character’s special ability with women’s locks. In 2009, Chris Rock made Good Hair, a documentary about the uniqueness and special qualities of African-American women’s hair. But films about such shops that cater primarily to men are rarely produced.

Manscaping changes all of that considerably by focusing on three specific shops that address different spaces for LGBTQ+ customers. The first is run by Devan, a gay black man who recounts his experiences getting haircuts in homophobic and hyper masculine salons that mostly made him cry. He’s now created a shop that not only specializes in black hairstyles, and an environment for customers to be as open and emotional as they need to be, but also is home to his own barbershop themed artwork. It’s a fascinating portrait of a man who has learned to express himself in multiple ways as he’s carved a place for himself within his own cultures.

Jessie, in Vancouver B.C., is a transgender man whose primary clientele is other transgender adults and children who feel much more comfortable in the safe space he has created than any other shop. He gives them the cuts and services that are unique to each of them. Jessie is also very open about his own experiences and gladly allows the filmmaker here to probe further about the additional merchandise he sells and what his private home life is like.

These three individuals and the spaces they have created suggest just how niche personal grooming and expression has become. The film takes its time to examine each of these figures that represent different sides of the LGBTQ+ community and just how diverse it really is. Each is quite open to communicating their own stories.

While the filmmaker cuts between subjects, there’s a warmth to each that keeps the film consistent. It almost feels like we have entered a world where safe spaces such as these can be the norm where any individual needs can feel accepted and welcomed. Even Richard’s segments, which might be off-putting for some to view, feels like just another unique but necessary space for its customers. As such, none of these figures are ever satirized or judged. Ultimately this is a film about people entering spaces where they can be true to themselves and have people who are clearly looking out for their best personal interests.

Manscaping might not be a film for everyone but it serves an important role in expanding the definition of a barbershop and just how diverse the LGBTQ+ community is and how its grooming and self-expression needs are widely varying. 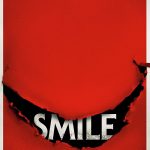 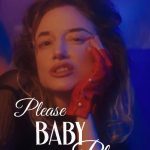