The new film from French director Francois Ozon (Swimming Pool, Summer of ’85) is entitled Peter von Kant, a loose remake of a film by Rainer Werner Fassbinder, which was itself an adaptation of his own cult play, The Bitter Tears of Petra von Kant. Here, one of the major changes is the gender of the main characters (previously female, now male.) The stagey feel of the original play is still present though. Most of the action takes place in the apartment of the title character, a narcissistic film director who has just broken up with his boyfriend Franz. Peter (Denis Menochet) spends most of his time yelling orders at his assistant/servant Karl (Stefon Crepon), who remains in full submission to his master without seemingly an ounce of dissent. In fact, Karl is the perfectly groomed gay equivalent to Dr. Frankenstein’s Igor. This is hardly a coincidence as Peter comes across as a bit of a mad scientist anxious to present his newly found handsome muse, Amir, to the world.

Amir (played by Khalil Ben Gharbia) is an acquaintance of Peter’s friend Sidonie, played by a very radiant Isabelle Adjani as a famous actress whose giant portrait graces the wall above Peter’s bed. The minute Peter eyes the much younger Amir he is smitten. Peter quickly gives him a screen test and falls in love. The entire first act of the film introduces us to the rollercoaster of emotions Peter exhibits which the rest of the narrative will rely on for dramatic exchanges. Peter is at once a demanding, self-absorbed sadist and then, seconds later, a whimpering, lovelorn, and highly emotional wreck in the face of Amir.

While all of this does provide an extreme display of dramatic emotional outbursts, ranging from anger, to affection, and physical confrontation to melancholic sadness, it makes it hard to feel anything for Peter. He’s so unlikeable that we want to see him suffer or at least be exposed for what he is by Karl. Given that the film takes place in mostly one setting, it does seem to adequately reflect the insular world of Peter, that presumably his fans and the public never sees. Amir, on the other hand, represents Frankenstein’s monster who enters into Peter’s laboratory as an innocent sponge only to transform himself into an equally sad, self-absorbed public entertainment figure. The very attractive Khalil Gharbia plays each of these sides very well but again, as the film’s narrative develops, we lose interest and sympathy due to the character’s own narcissistic tendencies.

What results from all of this is a series of scenes which hinge upon the mad mood swings of the main character. It feels as if we are being shouted at, constantly manipulated throughout much of the run-time, as our allegiances often shift. Only Adjani’s Sidonie and Crepon’s ever-silent Karl balance out the proceedings with some semblance of subtlety. Like many stage plays, the film is extra talky rather than visually (except for maybe Amir’s face) or technically stimulating. We’re never given much detail outside of Peter’s apartment to let some of the tension within the dialogue and physical confrontations breathe.

The film is set in 1972 and most of the décor (pink sheets, white shag carpeting) and costumes appropriately reflect the flamboyance of the era and characters. Because Peter is so focused on his world and obsession with Amir, there are plenty of walls featured throughout his apartment which represent just how closed he is to any other outside perspectives. It’s a nice visual touch.

Ultimately, Peter Von Kant is about obsession and self-absorption, taking the idea of Frankenstein’s monster and bringing it to the latter half of the twentieth century when our culture becomes overly focused on youth and beauty. Eventually the created monsters leave their makers in a state of loneliness and destitution. For Peter, this feels sadly like his only possible fate. I wish I could say I enjoyed the film. Some of the ideas are interesting but ultimately it’s a bit of an unpleasant watch. 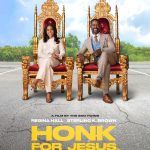 Honk For Jesus. Save Your Soul.Reviews 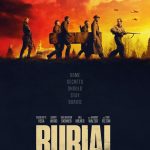