It’s hard to “recommend” the movie Funny Pages but that’s what I’m doing. It’s an obscure dive into the absurd, about a high school kid who loves comic-strip animation, but not as cut and dry as Marmaduke, but the raunchier stuff like Robert Crumb or Harvey Pekar. What makes Funny Pages even more impressive is that it’s from the youthful mind of Owen Kline, the son of Oscar-winner Kevin Kline, making his directorial debut, with a movie that feels entirely unique, entirely his own. It’s a coming-of-age tale in the most uncomfortable and unpredictable way, which will certainly rub some viewers the wrong way, but Funny Pages will not be a movie that audiences forget.

The main character is Robert (played by the brilliant Daniel Zolghadri), a high school senior and avid cartoon enthusiast. His mentor is Mr. Katano (Stephen Adly Guirgis), who barks at him behind his desk, while Robert scratches on his pad on the couch across from him, telling him what it takes to become the next great artist. The moment becomes awkward fast, where Katano wants him to draw him in his underwear, but Robert decides it’s time to leave. A few minutes later, Katano tries to give Robert a ride in his car, but in his persistence he ends up being rear ended by another car, leaving him dead, and Robert with a load of guilt. Or at least a brief load of guilt. For Robert, it’s always on to the next thing, as that’s true to his family and his career. He’s just willing to do what it takes to write his own obscure comic.

After the loss of his mentor, Robert takes it as a sign to do what feels right, and that includes forgoing the rest of his senior year. This comes as news to his parents Lewis (Josh Pais) and Jennifer (Maria Dizzia), who rightfully discourage him from these ideas, but it’s a bit futile at the moment. Where the rest of the narrative takes us is one thing to the next. Robert rents a room in Manhattan in the basement of a couple of guys that have no concept of personal space. He then starts working at a legal office as a stenographer, which is also where he meets Wallace (Matthew Maher), who at one point worked as a colorist on Roberts favorite comic. The combo of these two is wild, where Wallace is dealing with his own mental health issues, but in that unpredictable nature, it’s hard to know if he’s taking advantage of Robert, or just in need of making a connection with someone. Either way, the two of them are not good for one another, and when that connection intrudes on the rest of Robert’s family, things get even weirder.

From a cinematic standpoint, there’s not a whole lot to compare Funny Pages to, but the closest I think of is Todd Solondz style of filmmaking, or the dry humor of Terry Zwigoff’s Ghost World. Both of those comparisons are typically good things, but that is also a style of filmmaking that will not work for everyone, which makes recommending Funny Pages a tough sell. Many will be turned off by the various characters, each one more unique from the next- similar to a Coen brothers film- often doing things that are frustrating, inconsiderate, and oblivious to other people around them. But in a world where movies can blend into one another, Funny Pages leaves a mark on its own terms.

It makes for a fascinating and daring debut from Kline, not just as a director/writer, but as his own unique voice. The narrative style of Funny Pages is unpredictable from beginning to the very end, where things seem to close abruptly, almost lacking in any real conclusion, but the approach is no different from reading a comic strip, where we get punchlines, and plot along the way, but there’s certainly going to be a continuation in the next issue. That’s what Owen Kline might be doing. He leaves you hanging because nothing is certain and you might have to wait for his next installment. Either way, Funny Pages will be a hard movie to forget.

FUNNY PAGES IS CURRENTLY PLAYING IN SELECT THEATERS AND IS AVAILABLE TO RENT ON VARIOUS ON DEMAND PLATFORMS. 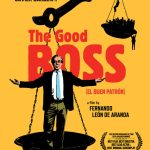 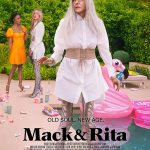