There are plenty of films about characters who magically transform into someone of another age and learn a big lesson along the way: Freaky Friday, 13 Going on 30, and the gold standard, Big, which highlighted all the great qualities of Tom Hanks. The new film Mack & Rita follows the basic conventions of this genre, where 30-year-old Mack, played by Elizabeth Lail, tells us she’s always felt like an older woman trapped in her body. When friend Carla (Taylour Paige) has a bachelorette getaway in Palm Springs, Mack is less interested in the kinds of activities these young women like to do and instead ventures out on her own around town. It’s here when she discovers a tent that promises past-life regression and meets Luka (Red Rocket’s Simon Rex) who mysteriously transforms Mack (using an old tanning bed) into a much older woman. She gets what she wished for but now the fun begins….

This is where Diane Keaton enters the picture as a 70-year old version of Mack. She initially screams a lot, discovering how old she has become, but then quickly passes herself off as Mack’s aunt Rita, and quickly befriends Mack’s dog walker Jack, played by Schitt’s Creek star Dustin Milligan. Essentially, Mack becomes Diane Keaton and that’s what works. There’s much about Keaton’s on and off-screen persona that gets incorporated into this character, such as Keaton’s high waisted pants, big belts, and matching hats, and although we never quite believe this is anyone other than Diane Keaton, without her the movie loses its flair. This worked for me because Keaton is so darn charming to watch. Elizabeth Lail is a bit bland as Mack though and doesn’t really possess the quirkiness or self-deprecating expressions Keaton naturally possesses. This can often make it hard to believe that the character of Rita is still Mack. The younger woman might have aligned more with Keaton if played by someone with greater comedic flair such as another Schitt’s Creek alum, Annie Murphy.

Does this ruin the film? Not really, for it is always a lot of fun to see Keaton let loose with her skillful comedic chops. There are beats of slapstick comedy here that harken back to some of the work she did with Woody Allen in films such as Sleeper and Love and Death. One example is a humorous scene when Rita attends a Pilates class that she is clearly not prepared for. Kudos to Keaton for embracing the physical humor of this scene while in her 70s. She remains a consummate trooper, always ready to take on the broad strokes of comedy to make a moment come alive. Keaton also has some nice chemistry with Dustin Milligan, who, as Jack, begins to develop feelings for the much older but young at heart Rita. They have some charming scenes together that never feel too far-fetched or unearned.

There’s also a nice reminder of Keaton’s iconic and Oscar-winning role as Annie Hall when Rita talks about her grammy (not the award, but her grandmother.) Annie mentions her own Grammy Hall a few times in the 1977 film. Most of the other actors aren’t given much to do. Patti Harrison is a bit annoying as Mack’s pushy boss, as the performance becomes one note, at least until the end of the film. Loretta Devine, Amy Hill, and Wendie Malick stand around a lot making pithy comments while drinking with Rita. Outside of Devine, the otherwise seasoned actresses are a bit wasted, failing to get on the same level as Keaton.

Ultimately, there isn’t anything harmful about Mack & Rita. It’s a pleasant enough experience that will appeal to fans of Diane Keaton and anyone looking for a light escapist fare. It’s not nearly as good as Big but does contain the somewhat original concept of a 70-year old trapped in the body of a 30-year old. We’ve just seen Keaton go so much deeper in films such as Something’s Gotta Give, Marvin’s Room, and Reds, and that left me longing for that kind of perfection. Still, she’s having a ball here, and that’s commendable to see on screen in 2022. Long story short, you watch a movie like this for the fun of it but don’t expect anything too deep or you might lose yourself.

MACK & RITA IS AVAILABLE TO STREAM NOW ON AMAZON PRIME 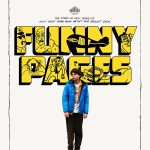 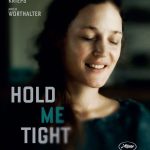