It’s always interesting to see how other cultures deal with the coming out process. In the case of Shariff Nasr’s debut feature El Houb, translated as The Love, a Muslim family originally from Morocco but currently living in The Netherlands must contend with eldest son Karim’s homosexuality. Karim is seemingly very successful with a beautiful high rise apartment and a boyfriend named Kofi from Ghana. When Karim’s father arrives and finds both men in a state of undress Karim is plunged into a major reckoning with his family. This sad tale is loosely based on the true story of the actor who plays Karim, Fahd Larhzaoui.

Karim later arrives at his parents’ home to have “the conversation.” Since neither will listen to him he takes a measure familiar from his childhood: he hides himself in a closet under their stairs until they are willing to talk. For most of the film Karim remains literally “inside the closet,” turning off the power and water to get his parents and homophobic brother to break. For viewers, I think this might go on a bit too long. Sure, there is plenty of high powered drama and even a visit from the woman Karim had “tried” to develop a relationship with for his parents’ sake. But it’s a tough, long sit. To break this situation up, there are plenty of flashbacks to Karim’s first meeting with Kofi as well as interactions with Karim’s childhood self to further deepen who this character is and what his culture has expected of him.

Not surprisingly, much of the film is pretty heavy but there are some nice splashes of humor that provide some levity to the disturbing family drama. One of those involves a flashback to the time young Karim and his family were watching TV when two boys begin to kiss on screen. In slow motion, we watch them throw their popcorn bowl in the air and search frantically for the remote while Karim views the screen with pure revelation in his eyes. There’s also a running gag involving neighbors dropping off food and money to the family because their sudden loss of power and water might be signaling financial difficulties. Yes, staying inside the closet lasts for more than a day, which, plot-wise, is a bit curious: How does Karim find time so much time away from his source of income that supports his lavish lifestyle? (He also owns an expensive car.)

From a Western and secular perspective, the film is hard to watch at times. We may find ourselves yelling at the screen and telling Karim to leave and just move on from his unsupportive family! Have some pride! However, that might be too easy a solution for Karim who is himself filled with self-hatred and is clearly devoted to his family and their religious beliefs. In flashbacks, he doesn’t want to be seen with Kofi and certainly doesn’t want to be touched by him in public.

So, this dilemma must eventually come to a head. Does Karim try to get his family to change or does he run? Does he go back to covering up by being with a woman? Ultimately this is a film exploring truth vs. sacrifice. At one point, in reference to the woman Karim has tried to be with, his mother says, “learn to love – that’s life,” suggesting she herself may have sacrificed to be with her own husband.

El Houb- The Love is eye-opening but also difficult to come to grips with. We are now so used to positive portrayals of the LGBTQ+ population finding their way with found families and social support that we may be forgetting that not all cultures follow our own lead. While a bit slow at times, this is an accomplished and emotional first film from Nasr. Where the story might go from here could only be told in a sequel, which would be worth making and seeing.

EL HOUB THE LOVE IS PLAYING AS PART OF REELING: CHICAGO’S INTERNATIONAL LGBT+ FESTIVAL ON SUNDAY, SEPTEMBER 25TH AT LANDMARK’S CENTURY CENTRE CINEMA. IT WILL ALSO BE AVAILABLE TO STREAM ONLINE VIA THE FESTIVAL BEGINNING SEPTEMBER 30TH UNTIL OCTOBER 6TH. 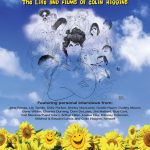 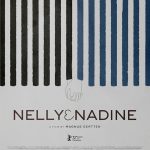