MOVIE: CELEBRATING LAUGHTER: THE LIFE AND FILMS OF COLIN HIGGINS

While watching Celebrating Laughter: The Life and Films of Colin Higgins I couldn’t help but think about the stories we have begun to lose with the generation who lived during World War II slowly passing away. Colin Higgins was born in 1941 as America was entering the war. This documentary doesn’t address it in any way but it does address another war, one which took away the lives of many great people whose stories should be remembered: the war on AIDS. Higgins died of the dreadful disease in 1988 at the age of 47.

I have to admit to not knowing who Higgins was prior to seeing this film. However, he had a major impact on our entertainment culture with a few major films that he wrote and some that he also directed. When I saw the list, which includes Harold and Maude, Silver Streak, Foul Play, 9 to 5, and The Best Little Whorehouse in Texas, I had no idea they were all written by the same man. A few of these were films I watched over and over on video during my late teens and early twenties. This documentary is a celebration of not only his contributions to cinema but to his friendships and his foundation which has provided financial support to LGBTQ outreach initiatives and AIDS prevention programs. As the film went on I was truly amazed that I was unfamiliar with Higgins and that he, like so many others, succumbed to a disease which took away his goodness and contributions to the arts.

The film is a fascinating project since all of the footage is archival. It begins with an interview with Dolly Parton, who Higgins directed in her first two films. It’s pretty clear that this interview was conducted quite some time ago, mostly likely in the 1990s. The same is true of interviews with Jane Fonda, Lily Tomlin, Dom DeLuise, Cat Stevens, Shirley MacLaine, and many more. It’s a bit shocking to see them so much younger and for a while I thought the documentary was much older than its 2022 release date would suggest. But then I began to see what this was: a painstakingly compiled film featuring as much as the producers could find to keep the stories and spirit of Higgins alive and remembered.

The film gives us a great sense of how many people in Hollywood were affected by Higgins. It also explores the connections in his films to some of his loves, such as Alfred Hitchcock and musicals. Some of this is recounted by Higgins’s own personal writings which are read by his brother Brian. The film also provides details about the making of and legacy of some of his works. There are fascinating accounts, for instance, of how Harold and Maude bombed when it was first released but then was adapted to the stage and ended up being performed and revered all over the world. The film pulls together some valuable cinematic history such as this which could have been lost without this project. There are also gag reels from some of the films which, to the best of my knowledge, haven’t been shown anywhere else before this.

There are also biographical details of Higgins’s early writing and acting career along with his stint in the army during Vietnam. The archival footage also includes many photos with family and other significant figures such as Barbra Streisand and Jimmy Carter which emphasize just what a strong and connected filmmaker he really was. While his personal relationships and his AIDS diagnosis are barely detailed in the film, the focus is primarily on his work.

In the end, Celebrating Laughter: The Life and Films of Colin Higgins, provides a portrait of a man not only contributing in a major way to the arts but also by his reported soft and spiritual presence which deeply affected all who got to know him. Without this film, Higgins might have been forgotten but thanks to the work compiling such an insightful portrait, he can now be studied and known by future generations. Colin Higgins is not just another name on the AIDS Memorial Quilt, he was a bright filmmaker and friend that deserves this type of visual remembrance. 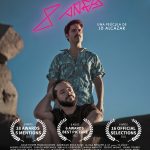 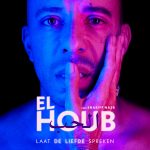