The impact that movies such as Heathers or Clueless have had on cinema may seem like a small blip in the grand scheme of the artform but there always is a new attempt at it for different generations. This year that attempt is Jennifer Kaytin Robinson’s Do Revenge has the up and coming cast of actors to draw an audience in but none of the bite or storytelling to put it all together. It’s about a pair of high school teenagers that get put on the outside of the popular kids and bond together to give what’s coming to them. Sadly, the revenge itself is a bit pedestrian, the dialogue obnoxious, and a final twist as predictable as all of these movies go. Do Revenge is not leaving a mark as much as it would like to.

The cast of young talented actors are certainly a good start, with Camila Mendes leading the charge as Drea, who is the most popular woman in her school. She’s dating the pristine “it” boy of the class in Max (Austin Abrams) and as they grow closer, he finally works up the courage to tell her “I love you”, but he also coerces her to make a sex tape for him. As you might predict, Max is not such a good guy, even though he’s able to trick the student body to believe him, and when “someone” leaks the sex tape, everyone turns on Drea after she accused him of the malicious release. This is what leads us to our title, where Drea connects with relative “new girl” Eleanor (Stranger Things star Maya Hawke), and the plan is to inject Eleanor into the group of cool kids, only to sabotage them from the inside.

What I appreciate about Do Revenge is that it has a unique look, with sequences of the two leads driving in a cool convertible, with an old school screen behind them creating a fake background, and there’s no denying that the costume design is fitting for the characters written. There’s always the question about any parental authority as parents don’t exist but Sarah Michelle Gellar has a nice cameo as the school Headmaster. Sadly, the screenplay by Robinson and Celeste Ballard is as predictable as a slick teenage dramedy could get. Although the actors are fresh and the clothing up to date, a large portion of the plotting felt no different than an episode of Saved by the Bell or The Fresh Prince of Bel-Air.

The biggest highlight is Maya Hawke and her red hot burning stardom. Her character is mysterious and with her being the new infiltrator of the popular kids the plot turns into the predictable beat where she starts to enjoy being loved by everyone. This of course puts a wedge between the new friendship with Drea and leaves the plan for revenge hanging in the balance. All of those predictable beats have a better impact with Hawke delivering the news but it still doesn’t fit well because her character is the one we gravitate to most. Hawke receives credit for branching outside to different roles but her charm is so magnetic it’s hard to not care for her the most.

When you hold Do Revenge up against the typical teenage high school comedies it crumbles in their presence. It’s missing the cool factor of Heathers, the wit of Clueless, and the laughter from Mean Girls. Do Revenge even begins with a lame and predictable narration which is the kind of thing we see on an MTV reality show. In the end it’s a disservice to the talents of Camila Mendes and Maya Hawke. The good thing is that they will get their revenge in the end. They’re the future of Hollywood. We haven’t seen the last of them.

DO REVENGE IS CURRENTLY PLAYING ON NETFLIX 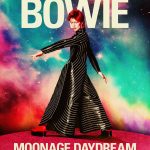 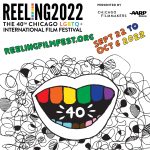