The life of Marilyn Monroe has been through enough and it continues long after her passing. In Andrew Dominik’s controversial, and often lethargic portrayal on the life of the movie starlet, the audience is dragged along with her in the pain, the abuse is constant- psychological, physical and sexual- and leaves us feeling that very pain for having gone along with it. Objectively, Blonde is a technical marvel, with pristine cinematography, recreation of old Hollywood moments that could be mistaken for the real thing, and a performance from Ana de Armas that is worthy of awards consideration. It’s because of those technical achievements that makes Blonde the most frustrating movie of the year. The lights of Blonde are bright but it’s impossible to see the point of it all.

The beginning is Monroe as a child, left to struggle with her mentally ill mother (Julianne Nicholson in a role beneath her talents), which led to her stint in an orphanage, soon followed by her pinup years, doing nude shoots for magazines.The majority of the plot involves the various men that existed in Marilyn’s life, from her non-existent father, her carefree relationship with Charlie Chaplin Jr. (Xavier Samuel) and Edward G. Robinson Jr. (Evan Williams), her first husband Joe DiMaggio (Bobby Canavalle), second husband Arthur Miller (Adrien Brody), John F. Kennedy (Caspar Phillipson) and the various men in the Hollywood system that would use their power and sexual predatory habits to help her career. Mixed within these moments of abuse involve Monroe drowning herself in substances to numb her pain as the plot snails along to her impending end.

From the narrative standpoint, the work is an adaptation of Joyce Carol Oates novel, which was a loose and fictional interpretation of Monroe for what she represented. It’s what is between these setups and the direction from Dominik that all but ruins any promise from Blonde. The story is the abuse and when the story veers away from the mistreatment it goes down avenues that left me baffled. POV shots of her body cavities during a forced abortion, a CGI fetus talking to her from beyond, flashbacks of a film producer raping her, and Kennedy’s security detail tossing her around like a rag doll. All of these moments steal the grace and the elegant performance from Ana de Armas.

It’s that factor that entirely downgrades any appreciation one could have for Blonde. Dominik is so obsessed with showing off what he can do that he barely allows much of de Armas’ performance to have a true impact, never allowing this version of Marilyn to have a moment of personal achievement. And her work is impeccable here. She’s everything we ask for in an actor that takes on the role of someone iconic, finding that perfect balance of impersonation and total submersion. It’s not about cosplay or mimicking the person, but being oneself and allowing that to blend with the person that was Marilyn Monroe.

There’s no joy in disliking Blonde and there’s only disappointment from the anticipation of Blonde. It’s rated NC-17 which feels even more like a publicity ploy, when the nudity and moments of sexual abuse neither titilate nor offend, but the material is offensive to the life of Marilyn Monroe. If Andrew Dominik wanted to honor her then it’s a terrible way to show it. The flowers can be given to the amazing work of Ana de Armas but the rest of Blonde should be forgotten. If you want to honor Marilyn Monroe, watch her amazing work in cinema, she was an incredible talent, and so much more than just a Blonde.

BLONDE IS PLAYING IN SELECT THEATERS AND PLAYS ON NETFLIX SEPTEMBER 28th, 2022 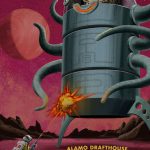 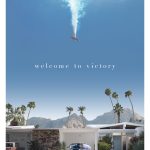