Watching Don’t Worry Darling was like watching a memoriam to something that had already passed away. Here lies Olivia Wilde’s much anticipated follow-up to Booksmart: Don’t Worry Darling. At this point the reasons behind that sadness feels frivolous, a collection of press tour gaffs and internet mysticism, almost conjured up to create a buzz behind a movie that didn’t involve superheroes. Controversy behind casting of Harry Styles, Florence Pugh forgoing the majority of press due to what seems like a rift with Wilde, and then Zapruder film study of Harry Styles wrongfully accused of spitting on Chris Pine. If the goal was buzz, consider it successful, but what has happened is a movie was judged before a single frame on the screen. Some of the judgment has been just, the final result isn’t as great as the narrative’s potential, but if all the extracurricular stuff hadn’t happened there might be a different reality for Don’t Worry Darling.

The setting is a community called Victory, in a 1950’s style cul-de-sac, where the wives cook, clean, and willingly give themselves to their husbands when they get home from work. Waiting at the door is Alice Chambers (Pugh) with an old-fashioned for her husband Jack (played by a massively miscast Harry Styles), who works at the only major company in town called Victory Enterprises, where fearless leader Frank (Chris Pine as his mysteriously charming self) and his group of male followers are busy making “Progressive Materials”. Nobody knows exactly what they do, but the ladies are left at home to gossip, shop, and gab (They include Wilde, Kate Berlant, and Gemma Chan), but when one of the wives Margaret (KiKi Layne) starts having outbursts, questioning what is going on, she kills herself, and this impacts Alice, who starts having her own visions and questions, sending her into a cycle of bewilderment in this eutopia that is cracking all around her.

From the technical side, Don’t Worry Darling is quite good, with pristine cinematography from Matthew Libatique, a sound design and score that creates a tone of paranoia, and costume and set design that invites us into the world of perfection. The performance from Pugh is the major acting to champion, where she inhabits 90% of the scenes, and has layers to work with. It’s the story stuff and the use of the other characters that fails Don’t Worry Darling. The screenplay by Katie Silberman, Carey Van Dyke, and Shane Van Dyke has an idea of creating the universe, but seems unaware on how to get out of it. It sets the tone for a Truman Show, Stepford Wives, or Pleasantville world. There’s a strong use of repetition and a steady build but the ending feels wasted and has been done before. The wasted part comes from wanting more. A deeper dive into other characters, a more informative explanation for character motivations, and details that help the ending.

On the direction side Wilde is doing solid work behind the camera, setting the frames, moving the pace, and keeping us in suspense. She’s certainly challenging herself more than what might be deemed safer in Booksmart. The biggest problems arrive in the pre-production, where the casting of Styles is a major problem, where his performance is sidelined, limiting how much dialogue he has, and when he does have dialogue it’s a mess of various accents. Outside of that, there may have been a big missed opportunity to let the themes loose, as the feminist aspirations feel saddled with world building.

The final results are more sadness than disappointment and maybe these press tours are not worth it in the long run. Or maybe they are. The hard core Harry Styles fans are already there but now you have people who want to see what all the hoopla is about. Audiences will be confused when what they see on the screen is less of a mess and more of an adequate movie that failed to capitalize on all of its talent. Don’t Worry Darling will leave a mark in 2022 but it’s sadly for all the wrong reasons. Try going in forgetting what you know because sometimes the gossip is better than the real thing. 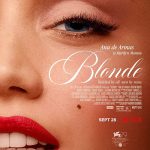 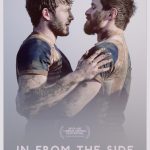 In from the Side- Reeling Film Festival 2022Reviews