When you have kids there is a new wrinkle added to the viewing experience of animated features. There is your four-year old, who could care less about the deeper themes and subjects that go on, and then there is the parent that will either need to suffer through the film or be pleasantly surprised. Apple Plus is taking the next step into the animation arena with Luck, with a visual look similar to Pixar, and bringing along with them former-Pixar head John Lasseter. What comes with that is a whole lot of bad luck, because Lasseter was accused of unwanted sexual advances, leaving Pixar, and now looking for redemption with Apple. I guess that “cancel culture” has an expiration date. Either way, Luck is not a failure, nor a success, but a new attempt of competing with Pixar, in a story about an unlucky orphan girl who finds a lucky penny, a talking cat, and ends up in a magical land of good fortune. Luck has highs and lows, looks visually adequate, some cute characters, and a convoluted plot. It’s not bad but it is unlucky.

Our main character is Sam Greenfield (Eva Noblezada), an 18-year old orphan that has finally aged out of the orphanage she’s lived her entire life, but now she must go out in the world on her own, which has been nothing but bad luck so far. It’s nothing she hasn’t been able to handle, as her life has been surrounded by disappointment. She has a flat tire on her bike, she’s late for work, she drops her keys and they go down a sewer drain. It’s just a constant domino of mishaps and she’s lived with it always. That is, until she finds a lucky penny, but it’s not just any lucky penny, it’s a magic penny from a talking cat named Bob (Simon Pegg). When she misplaces the lucky coin, Sam goes looking for Bob, who was also looking for his lost penny, and now that it’s missing the two of them must team together to retrieve a new one so that Bob’s not banished from his land, and Sam can regain her good karma.

Describing the premise of Luck is as much of a mess as the plot can be. The screenplay written by Kiel Murray, Jonathan Aibel, and Glenn Berger have created a universe with too many moving parts, rules and regulations about how the good luck land works and the bad luck land functions below. There are lucky leprechauns- the captain is voiced by Whoopi Goldberg- a magical unicorn named Jeff (voiced by Flula Borg) that keeps the bad luck dust out and good luck dust in, and an all powerful dragon (voiced by Jane Fonda) that oversees the entire land. All of it comes together with too many questions and not enough sense. On top of all those issues, there’s a lack of originality from director Peggy Holmes, where the visual style, and world building feels like a bootleg version of Inside Out. The world of Luck could easily be changed into an imaginative creation as part of the Oscar winning film. Lassetter may have left his Pixar life behind, but it looks like he’s stealing from what his friends had worked on.

As far as animated movies in 2022 go, the biggest problem with Luck, or a movie like this, is how forgettable it is. Unlike The Sea Beast, Lightyear, DC League of Super-Pets, and even Minions: The Rise of Gru, there’s nothing memorable about Luck. The Sea Beast and Lightyear have the visuals and Super-Pets and Minions are filled with laughs. Luck has nothing to hold onto. There are some fluffy bunnies and cute cats but that’s only for the kids to be distracted by, and the story is solely lacking in focus, or impact.

Is Luck terrible? No, but it’s not lighting the animated world on fire. It’s fine and in the grand scheme of animation forgettable is bland for a kid and an adult. I know my 4-year old had forgotten everything he saw as soon as Luck had ended. I guess you could say that Luck had run out. 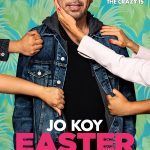 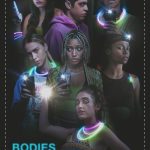