Halina Reijn’s Bodies Bodies Bodies is like a social experiment, where friends with a history must confront their rights and their wrongs, and answer for their character. The screenplay by Sarah DeLappe and Kristen Roupenian understands that this type of confrontation will be messy, and only true friendships will survive in this horror-thriller. Bodies Bodies Bodies is equal to a new-age game of hide-n-seek, a brand of horror for the tik-tok age group, and a fantastic mystery to boot. With an all-star cast of young and talented actors, nervous laughs, and violent slashes, Bodies Bodies Bodies is easily one of the most exciting movies of 2022.

The setting is a hurricane party, located in the mansion of David (Pete Davidson), who has lived his life off the backs of his wealthy absent parents, and now he’s invited all his friends to get drunk, snort cocaine, and have fun while chaos swirls around them. Arriving at the party is Sophie (Amandla Stenberg) and her new girlfriend Bee (Maria Bakalova), but at first arrival, there is tension in the air. These long running friendships have been through stuff, but there’s still a welcoming from life of the party Alice (Rachel Sennott who truly steals every scene she’s in), and the point of the party is care free fun; Rounding out the group is Jordan (Myha’la Herrold) who is much angrier at Sophie, and Emma (Chase Sui Wonders) with her much older and wild card boyfriend Greg (Lee Pace). After the tension settles they decide to play the title game Bodies Bodies Bodies, where one person is the designated “killer” and it’s up to the rest of the group to find out who that person is. It’s a game, that is, until David ends up with his throat slashed, and a killer roams the mansion taking them out one by one.

As I stated in my initial paragraph, there’s plenty of reasons to love Bodies Bodies Bodies, but a major factor is how director Halina Reijn sets the tension, and with the cinematography of Jasper Wolf swirling us around, putting the bright cell phone flashlights in our faces, as characters search around in the dark unpredictable mansion. It’s a masterful use of space and technology, where the clues for who the killer could be seem limited, because the audience is also in the dark. As far as whodunit mysteries go, Bodies Bodies Bodies keeps you guessing up to the very end, a factor of DeLappe and Roupenian’s sharp writing.

The other detail is that the entire cast is excellent, all fleshing out their characters and their varying differences in a short time. The major focus is on Maria Bakalova’s Bee- another great performance from the Borat star- who is a constant mystery, as her relationship with Sophie is fresh, and as an outsider she doesn’t feel like she fits in. It also becomes a test for their relationship, which opens with their passion for one another, but slowly the onion peels back, and Sophie’s complicated past with these friends becomes a factor. Sennott’s character is the comic relief, Stenberg carries the emotion of the situation on her shoulders, while Lee Pace adds a slice of obscurity that keeps the plot on a constant edge. Permeating in the air is a commentary of how a person can manipulate views to fit, how friendships can’t sustain, and how paranoid we all are in the digital age. 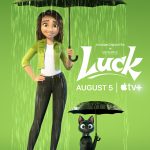 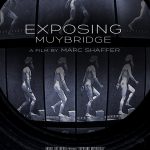