Out of left field arrives a movie from The Office star B.J. Novak, his directorial debut, in a movie that is many things at once, which is funny, sharp, and rightfully nihilistic. The title is Vengeance, but there’s a bit more at hand than a story about revenge, where things become a fish-out-of-water concept, where a podcaster from New York finds himself in a small town of Texas, helping a family discover the real reason why their daughter was found dead from a drug overdose. It’s a merging of blue states and red states, a dissection of America that hits the trigger points, and a murder mystery that takes the audience along for the ride. Vengeance is a sharp dark comedy and a debut from B.J. Novak that will have you excited about what he will do next.

The lead character is Ben Manalowitz, a bit of a social butterfly in New York, who we meet at a Manhattan party, talking to his friend John (appropriately played by John Mayer) about the women they hook up with, and how they flippantly list them in their phones as names such as “Beth with the brown hair” or “Blonde Texas”. They live in a world of no-strings, a time where everyone is podcasting, or living life through Instagram, and the relationships are always casual. The morning after a late hookup, Ben receives a phone call from Ty Shaw (Boyd Holbrook), the brother of Abilene (Lio Tipton), a woman that Ben had been with at one point, but not enough to truly be in a relationship with. But that’s not what her family believed and now she has died, leaving the family to think that Ben should be there for her funeral. What starts as an awkward experience quickly turns into an opportunity for Ben to pitch Eloise (Issa Rae in a limited role), the director of his podcast, about a story of middle america, and a possible murder mystery. What he finds is more to the story than meets the eye.

One of the surprising factors about Vengeance is how reserved it is and how much the narrative becomes an actual investigation. There are plenty of moments of good humor, including a scene where Ben attends his first rodeo and finds out the hard way that cheering for Texas University is a no-no. He’s ridiculed from that moment on, but what Novak’s screenplay highlights is an ability to see Americans in the world today. It notes the conspiracy theories that destroy families, the oblivious way of thinking so that the truth can’t hurt people, but it also reflects on the spirit of small town America. There’s a genuine kindness from Abilene’s family that helps you see the authenticity. There’s a sprinkle of shady characters, including Ashton Kutcher as a mustachioed music producer, but even his coating of kindness is hard to see through. That’s what makes Vengeance a story that becomes disarming, where the big city boy lets his guard down, which can be a backhanded blessing.

As far as shortcomings go, Vengeance is rich with supporting characters, a solid conduit to get us the story, but I’m not sure if the moral resolution fits perfectly. It becomes a story that attempts to both-sides the divide in America and although it nearly succeeds at it, that doesn’t mean it should be the result we accept. A certain justice should be found for those that have been wronged and we should live in a world where all are accepted. At the most I would say B.J. Novak’s approach is admirable and at the least I would say his work will only get better from here.

I feel like I’m making it sound as if Vengeance is missing an expected bite but that’s not happening here. This is a smart and well crafted piece of original filmmaking with a delightful sense of humor. It’s a reverse type of Nocturnal Animals or No Country for Old Men and comes closer to a film such as Fargo. To put Vengeance among such a successful company of films makes it easy to see why it should be on the list of best original screenplays in 2022. B.J. Novak has proved himself with a sharp debut and the kind of movie you want everyone to seek out. We get Vengeance and we find out that it’s B.J. Novak was the smartest person in The Office all along. 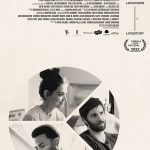 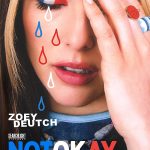