The concept of a “COVID film” is still weird to me. A set of movies that were made during the pandemic, a time of inactivity, and fear because a virus was swirling around us. It’s not exactly a time we want to re-live, but I get why many artists viewed this as a moment to act on the creative inspiration, and since we were all stuck inside, the only way we could react was by trying to say something. That seems to be the knee jerk reaction from Katie Holmes, directing her second film- Alone Together, which might be one of the better movies made about the pandemic, and still falls short of being something I would recommend. It’s a relationship drama but since it’s set in a time where people are not interacting with one another, there is not much theater to care about any of these characters. It’s all locked up inside with nowhere to go.

The lead character is June (Holmes) who lives in New York with her boyfriend John (Derek Luke), who we catch up with at the start of March, and right when the Covid outbreak hits. It’s in that moment where June has an AIRBnB booked upstate, with hopes to get away with John and refresh while the pandemic cools down. What ends up happening is that things shut down, with June missing the last train out, and taking an Uber out; Then we learn that John is staying with his parents and when June arrives it turns out that the house has been double-booked, where a cute guy named Charlie (Jim Sturgess) has begun to settle in. Instead of making the weekend a complete disaster, June and Charlie decide to make it work and soon the two are making connections, while relationships back home begin to deteriorate, and soon the cooped up guests become romantically attracted to one another. I guess it is those who quarantine together end up finding that spark of love…Or something like that.

Truth be told, I’ve had a bit of an allergy to Katie Holmes, as I was always team Michelle Williams when it came to Dawson’s Creek, and her acting career hasn’t changed my view since then. Setting that wrong judgment aside, Holmes is one of the bright spots here, where her acting is charming, authentic, and gentle, while her writing and directing is obviously an artist working stuff out. Even with those positive notes, there is just not enough going on in Alone Together to care about. Outside things are quiet with the world shutting down. Inside the two characters get along, chat about things they like, do for a living, regrets, and flawed relationships. They ride bikes, make a homemade mask, and share drinks. Even the eventual conflict between June and John is tame. I would have loved to have had a break-up go that way.

The performances from all four cast members are fine. Melissa Leo shows up in a few scenes to play Charlie’s mom, where the mother-son share their sadness for not being able to hug, reminding us just how depressing those times were. And it’s that sentiment that makes Alone Together hard to experience, where it feels more similar to reality, and a depressing reminder of how bleak and strange those times were. I’m all for cinema reflecting the times we live in and throughout the pandemic we have seen smart pieces of cinema, from Host, to Kimi, and especially Bo Burnham’s brilliant Inside. Sadly, none of those successful works match with Alone Together.

It’s not all bad news, as Katie Holmes seems to be coming out of her post-Tom Cruise shell and revealing that she is an artist with something to say. There’s reason to be hopeful for the next project she works on, where I think she can capture the romance of love and meaningful relationships in New York city. There’s a sense of class and elegance she carries with her but the majority of that’s wasted in the end. Alone Together strives to be a part of the Covid movie collection. Sadly nobody wants to relive that. Better to just keep it on lockdown.

ALONE TOGETHER IS NOW PLAYING IN SELECT THEATERS AND IS AVAILABLE ON DEMAND JULY 29TH, 2022 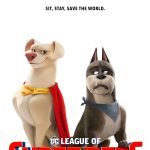 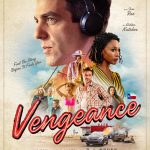