Bigger costumes, proper etiquette, and an English meadow are the typical standards you see for a British period piece. Sense and Sensibility, A Room With a View, or even the recent production of Emma., all have continued that tradition of aristocratic and noble theater that creates great cinema. In 2022 the first successful film of that genre is Mr. Malcolm’s List, a dramatic-comedy of relationships and standards set, in the original film from director Emma Holly Jones. What sets it apart from the others is a less stuffy tone, where the characters and settings are equal to the standard fair, but the material is reminiscent of a sitcom such as Saved by the Bell. That may sound like an insult, but Mr. Malcolm’s List has a long collection of characters, laughs, and romance that makes it a movie to check out immediately.

The time is 19th century England, where we meet Julia Thistlewaite (Zawe Ashton), a woman of status, but often disregarded by eligible bachelors, putting her on the offensive side, a tad bitter, but wanting a shot at love. She wants to be married and it’s more or less the only thing that matters for her. The opposite of her is Selina Dalton (Freida Pinto), a sort of pseudo-sister that Julia grew up with in an orphanage with. When Julia discovers that eligible bachelor Mr. Malcolm (Sope Dirisu) didn’t like her because she did not check off all the marks on his made up list of needs for a woman to be worthy of him, she takes this upon herself to set up Selina with him and her own list, all in hopes to embarrass the man at his own game. What it sets up is a series of interactions, where the plan of tricking Mr. Malcolm turns the other way, as he and Selina begin to have feelings for one another, leaving Julia to discover what she’s looking for in life.

Similar to various other films previously mentioned, Mr. Malcolm’s List is a success from the production standards, with spectacular sets, costumes by Pam Downe, and cinematography by Tony Miller that captures a magical time of elegance. What helps balance that opulence, is the writing from Suzanne Allain, and the direction from Emma Holly Jones. The text is not afraid to make fun of itself, having a lead character such as Julia is quite daring, as Ashton’s performance is spectacular as a near antihero. She is, for lack of a better term, needy, a bit brash, and unaware of why her personality would turn a person off. That hard edge balances perfectly with the loveliness of Pinto, a bit innocent in the people that surround her, but also slowly developing the romance with Mr. Malcolm. It’s in this creation of characters where we see love interests and opinions start to shift. Theo James arrives as the charming mustachioed Captain Henry Ossory, a kind suitor in the face of Julia, yet her stubborn nature drives all her focus on to making a mockery of Mr. Malcolm’s coveted list. There’s never a moment where anything is predictable.

Like any period piece film, there are moments where Mr. Malcolm’s List can be stuffy, sometimes predictable, and not at perfection. Those imperfections are mere products of the story it’s telling. On the whole this is a movie filled with much to love. I especially found the performance from Zawe Ashton to be a multilayered delivery, where it takes more skill to be a character that’s not easy to love, a character that is rejected when the cliche is for her to be the standard love interest. It plays perfectly as well against Sope Dirisu as the title Mr. Malcolm, where his charm is evident, his arrogance dashing, and his connection with Pinto absolutely adorable.

What starts with a silly device of a man having a checklist to meet his perfect woman slowly becomes a narrative rich with characters and story. Part of me wondered if this would be better suited as a mini-series, where more characters can be introduced, but that would be me wanting to check off boxes instead of enjoying the charm and wit of Mr. Malcolm’s List. There’s a lot to love about this movie and the list is long.

MR. MALCOLM’S LIST IS CURRENTLY PLAYING IN SELECT THEATERS AND IS AVAILABLE ON DEMAND JULY 21ST, 2022 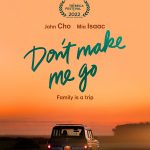 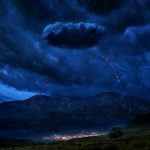