I have to admit that I generally try to avoid films featuring characters with terminal illnesses. Sometimes they’re great, like the Oscar-winning Terms of Endearment and the Meryl Streep/Diane Keaton/Leo Di Caprio film Marvin’s Room, but they mostly fill me with dread. This isn’t the case with the new film Don’t Make Me Go which just started streaming on Amazon Prime. It is ultimately a very uplifting film about a father and his daughter who learn a lot about each other in a very short time spent together.

John Cho stars as Max Park who, it is revealed early in the narrative, has a bone tumor in his head and is facing a life-threatening prognosis. Having raised his teenage daughter Wally (Mia Isaac) on his own since she was a toddler, Max decides to take her on a road trip across the country to attend his college reunion and hopefully connect Wally with her estranged mother.

Director Hannah Marks nicely sets up the familiar relationship between these characters during the film’s early scenes. On the surface Max seems pretty easy going but he does establish his parental authority over Wally who is a typical teenager more concerned about texting her boyfriend than anything else. While this could have continued as a story full of stereotypes it develops into a strong character driven narrative which fully explores who this father and daughter are as they embark on their road journey. Vera Herbert’s script provides plenty of details as to who Max was as a young man (I’d love to see a college-aged John Cho with frost-tipped hair!) and what his dreams were. Wally is also fully formed making her something more complex than a one-dimensional teen aged character.

None of this would work though without the talents of the film’s two leads. John Cho plays Max very understatedly throughout much of the film but when faced with some of his greatest struggles he more than channels the necessary raw emotion. Mia Isaac gives a star-making performance as Wally. Her character has the biggest arc here and Isaac handles the various challenges Wally faces as if she had many more years of professional acting experience than a typical teen actress does.

Some lower budget independent films might need some editing if they ran 109 minutes like this one does. However, Marks’ pacing here never feels like a slow burn. There are plenty of adventures Max and Wally experience throughout the film and none of them seem superfluous to the development of their relationship. For instance, Max teaches Wally how to drive, gamble, and dance during their trip. Throughout, their bond gets closer just as it might be torn apart. Max knows his days are numbered and wants to make every second count with Wally.

Thanks to the music supervision, the film is also filled with some tasteful independent alternative and 80’s rock which keeps it from ever becoming a dark and brooding experience for viewers. Even the graphics used to note where these characters are going have an almost whimsical visual quality. Without spoiling anything, the film does have a major plot twist arriving late in the proceedings. Suffice to say that this does not veer us away from what Marks and Herbert are trying to accomplish. This is a tale about the unpredictability of life, the importance of gambling, taking chances, and living every moment while you have it.

So, no this isn’t a terminal illness movie to avoid. There’s plenty of happiness, warmth, and love throughout Don’t Make Me Go that makes for a solid and entertaining father/daughter story. With two strong performances, well-written dialogue, beautiful scenery, and brisk pacing there is a lot to recommend and not be scared by here. Yes, you might need a tissue once or twice but this is a film about the emotions associated with living and we shouldn’t be afraid of that.

DON’T MAKE ME GO IS CURRENTLY STREAMING ON AMAZON PRIME. 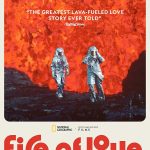 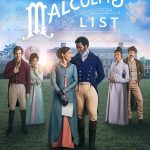