MOVIE: LOOK ME OVER: LIBERACE

One of the most flamboyant and recognizable (if you’re over the age of 50) figures in the history of entertainment was Liberace. He was a master showman who graced television screens and the Las Vegas circuit for decades until his death in 1987. The new documentary, Look Me Over: Liberace, is a fascinating look at this public figure through clips of his many TV and stage performances as well as interviews with some of the key people in his life.

The film shows his incredible talents on the piano as well as his ability to wow crowds in a very pleasing yet over-the-top, showy, manner. Of course, Liberace was also known for his elaborate costumes and jewelry. His stage persona was so large that everyone and their daddy did an impersonation of him during the 1970s and 80s. This was all most of us knew about him. We assumed he was gay but he never came out publicly.

Throughout the film, the various interviewees attempt to uncover some of the private details of Liberace’s life. Former protégés and lawyers provide their own accounts of who they believed he really was. Some adhere firmly to the fact that he had a love life with younger boyfriends. Others maintain that they were never privy to the personal side of his life. Ultimately, the film becomes a portrait of a man who was at once private, traditional, and very Catholic yet also very loving and giving to the rough young men he was seemingly attracted to.

Some might recall that filmmaker Steven Soderbergh directed Behind the Candelabra, a biopic about Liberace, played in an Emmy-winning performance by Michael Douglas. That film focused on the relationship between Liberace and Scott Thorson, said to be Liberace’s one true love, played by Matt Damon. It was a very satisfying, albeit fictionalized telling of this significant period and man in the entertainer’s life. Of course, documentaries can go much deeper if done well and Look Me Over: Liberace does attempt to shine some new light on this relationship while also exploring the very complex connection Liberace had with the public. He didn’t want his fans to know about his sexual orientation and he frequently covered this up by discussing what he liked best about women during interviews.

WIth a steady focus and an even approach, this documentary guides us through some of his even darker moments such as his struggles with Scott, who became addicted to drugs and alcohol. Look Me Over theorizes that this may have, in part, been due to Liberace’s insistence that Scott have plastic surgery to look more like his son than a boyfriend. The story takes an even darker turn when Scott sues Liberace in what became a public palimony suit, the first of its kind between two men. Behind all of the glitz and glitter, the film also explores how Liberace hid his AIDS diagnosis in his final years.

Should documentarian Jeremy J.P. Fekete have revealed so much about a man that clearly wanted his privacy? Well, it is necessary if we want to better understand the entertainer who was unafraid of creating lavish shows and a larger than life on stage personality. That’s exactly what Fekete achieves, in a fantastic documentary, fully capturing all sides of a legend of entertainment, and peeling back the persona that he hid behind. After all, he did it before many of the much more open and out artists (think RuPaul, Freddie Mercury, Boy George, and others) that came after him. He was the forerunner who never shied away from letting the public know about his flamboyant lifestyle which included houses that looked like museums in Palm Springs, Vegas, and Sherman Oaks, California. So, he was OUT but also very much IN. It’s this dichotomy that is so interesting to explore and what Look Me Over: Liberace succeeds at. While we might not ever really know exactly who the man was underneath all of that glamor, we can infer, based on all of the footage and the remembrances people have, that he was an entertainer of his specific period in time. He had one foot in the conservativeness of mid-twentieth century America while also allowing himself to dip into the new freedoms and awakenings that came after. There may never be another period that pulled people in two directions as it did when Liberace lived and there will never be anyone quite like the multi-layered Liberace.

LOOK ME OVER: LIBERACE IS SCREENING VIRTUALLY THROUGH JUNE 8TH AT THE PRIDE ARTS SUMMER FILM FEST. FOR DETAILS VISIT: https://pridearts.org/look-me-over-liberace/ 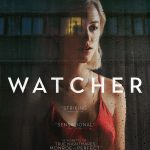 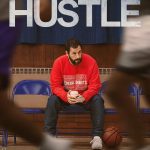