The evolution of Adam Sandler has been a phenomenal thing to witness. From his early days on The Cosby Show, his rise in comedy on Saturday Night Live, his brilliant turn to dramatic roles with Paul Thomas Anderson, and now he’s found a great groove as an actor. His work will only get better from here, blazing a path that could be equal to what Nicolas Cage has done, although I don’t know if Sandler could make a version of The Unbearable Weight of Massive Talent. Hustle is obviously a passion project for the Uncut Gems star, where his love for basketball, movies, and his deal with Netflix all merge together. Sandler takes on the role of Stanley Sugarmen, an NBA scout for the Philadelphia 76ers, traveling all over the world to find the next missing piece to the puzzle. When he witnesses an unknown player by the name of Bo Cruz (played by actual NBA star Juancho Hernangomez) playing pickup basketball, he must have him, and in his pursuit to make him the next great discovery, Sugarmen will have to put all of his chips on the back of an unknown phenom. It’s an underdog story, mixed with some of today’s rising stars in basketball, in a movie that has heart. Hustle is hard work paying off for Adam Sandler and it’s another slam dunk.

We first see Stanley traveling from one international location to the next, Japan, Spain, Australia, anywhere there is basketball being played so he can help the 76er’s to a championship. He works under the team owner- played by the legendary Robert Duvall- with the goal of eventually earning a spot on the coaching staff. Just when that offer is extended, the owner passes away, leaving Stanley to work with the owner’s son Vincent (Ben Foster) taking over the team responsibilities. As he may have expected, the coaching position is put on hold, with Stanley being sent back to the road, which has him missing time with his daughter (Jordan Hull) and wife (Queen Latifah) again. He discovers Bo Cruz on a whim, but he can’t let this talent get away from him, pursuing him and convincing him to go with him to America. After a slightly shaky tryout, it becomes clear that Vincent wants a reason to remove Stanley, and when Bo’s talents are rebuffed, Stanley quits, putting him in a position to risk his career on the potential of an unknown.

As far as sports movies go, Hustle runs to both ends of the court, doing things that feel cliche, and injecting a new style from director Jeremiah Zagar. There’s a plethora of montages used, but when Stanley and Bo begin training it’s a new twist, where the montage isn’t just a singular moment, but a gradual progression. It’s also done with cinematography that merges beautifully with the sport of basketball, where the camera is pressed in on Hernangomez’s face, sweat dripping from his brow, with Stanley slinging insults at him, while letting the training montage have a natural flow. It has a genuine build, hits a wall, pauses, and then picks back up again, because greatness never sleeps, and that delivers an accurate portrayal of the hard work it takes.

The screenplay by Will Fetters and Taylor Materne has the difficulty of balancing the human interactions with the basketball stuff. The characters are all a bit surface level, each person staying in their lane, but what works so well is the gradual relationship between Sugarman and Cruz, where the basketball player has his mother and daughter back in Spain, and the two characters must stay calm in the face of their livelihoods resting on Bo’s performance at the NBA combine. It allows for the cliches to melt away when the human aspect is nailed perfectly.

A part of me was hoping for Sandler to top the greatness he had on display in Uncut Gems, but what he does display is his acting versatility, proving that he can bring a great performance to a less complex character. The majority of the praise belongs to director Jeremiah Zagar, who finds a nice balance of using actual NBA stars- Doc Rivers, Anthony Edwards, Kenny Smith, and Trae Young are all just a few that make an appearance- and delivering a narrative that inspires audiences to cheer. Hustle has all that it takes to make it, hitting all the right shots in a sports movie, and instantly becoming a crowd pleaser.

HUSTLE IS PLAYING IN SELECT THEATERS AND ON NETFLIX WEDNESDAY JUNE 8TH, 2022 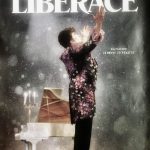 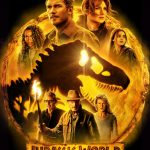