Men are the worst. I say that as a man and I fully believe that sentiment as a man. I’m shocked when someone doesn’t believe this. We’ve ruined everything, from sports, to religion, and politics. And we are the downfall of this planet. After the news broke that our Supreme Court is reversing Roe v. Wade, seeing Alex Garland’s newest horror film- appropriately titled Men– was the harsh reality of who the creepier sex is. It’s a window in the sense that it reveals what every woman is thinking, while also appropriately interpreting the divide between people, and is quite possibly one of the most accurate examples of what the human experience is for women. What’s interesting is that it’s written and directed by a man, and this review was written by a man, but maybe that’s what makes this film so great. This is a learning moment, a revelation that injects interpretations of the bible, the absolute terrors of being alone with one’s thoughts, and begs us to survive the gamut of what Jessie Buckley’s character is put through. Men is an out of body experience of terrifying proportions and another fantastic new original production from the brilliant mind of Alex Garland.

It begins with Harper (played to perfection by Jessie Buckley). The first moment we see her she has a bloody nose and is looking outside her balcony doorway. Something has happened and it’s revealed that her husband (Paapa Essiedu) has killed himself by throwing his body off the roof. What follows is Harper alone, in her car, and headed to a cottage in the countryside to find some inner peace. She parks, walks into the yard, picks an apple from a tree and bites. She’s welcomed by Geoffrey (Rory Kinnear), the man overseeing the house, a bit sweaty, awkward, often trying to land a witty joke, and welcoming. He notices that the name says Ms. but she’s wearing a ring and being the insensitive man he is, he must dig in, asking where her husband is. She explains, but she shouldn’t have to, but this awkward interaction is only the beginning, as a plethora of men (all played by Kinnear in various forms) will stalk, claw, interject, and strike terror into the life of Harper. All she wanted to do was get away.

The fascinating fact about Men is that it’s ripe for various interpretations. Similar to what Darren Aronofsky did with Mother!, there’s a massive thread of biblical themes running through this story, where the sins of a father pass to the sins of a child, and how the saintly woman is often on the receiving end of male shortcomings. Shortly after we meet Geoffrey, Harper is approached by a man instantly stalking her, wearing no clothes at all, and his body maligned by glass. He’s picked up by the police, but it’s not long before he will come back; besides, Harper can’t even walk without being called a bitch by a young boy at a church. Even the vicar, hoping to console Harper in her loss and fears, can’t help himself by making a pass. When a man of the collar can’t even help himself then what man can you trust to not be a total creep?

It’s not a surprise that Men is a cerebral sort, where the director of Ex Machina and Annihilation has a brilliant approach to how his films challenge viewers. What all three films boil down to is the complexity of human relationships. Where Annihilation was about the journey through a violent eutopia and a battle between one’s self to save a love. Or how Ex Machina was about discovering a connection between something, seeking a perfect human, even if it was artificial intelligence. Men is about a woman finding her own path. Harper passes through the painful traumas of her past, all of it crashing into her in various terrifying forms, and by the end the oppression is unbearable, beating her down both physically and mentally.

At the end, my interpretations of Men could be entirely off, which is something I appreciate more. It’s a film to watch multiple times. A brilliant scope into the mind of Alex Garland. The main praise of performance belongs to Rory Kinnear, playing multiple roles, with different vocal inflections, and even surprising us with his comedic timing. But it’s the writing that fascinated me, similar to life or the absurdity of religion, I can’t believe what I witnessed in Men. Jessie Buckley is once again impressing us with her uncanny ability to naturally display human emotions, from laughter, shock, terror, and calmness. She does all of this while Men never stops shifting and evolving into a frightening fever dream. All I do know is that none of it is a woman’s fault. You can blame Men for all of this. This is the world that we have created and it’s terrifying.

MEN IS PLAYING IN SELECT THEATERS FRIDAY MAY 20TH, 2022 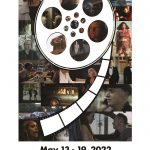 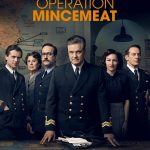