We have run through the gamut of war stories and hidden moments of heroism during WWII. Not that those stories are not inspiring or generating a sense of pride for the sacrifices and courage it took to defeat Hitler. Yet, here we are with Operation Mincemeat, a story that tests how far we can go in something being considered as a cinematic war drama, which involves a group of British soldiers that devised a plan to put fake information in the jacket of a corpse, with hopes that German troops would recover it, and take the information as top secret material. Sure there is a lot riding on this plan for British troops to succeed, but it’s at the cost of a narrative that’s equal to watching paint dry. The cast is big and typically I eat this espionage stuff up, but Operation Mincemeat is a bloated slog that’s tough to swallow.

The cast is a collection of always good actors that rise to greatness when the material works. Colin Firth stars as Ewen Montagu, the captain of the operation, who along with legendary James Bond author Ian Fleming (Johnny Flynn) devised an idea that a way to trick Hitler’s army into thinking they would attack from one part of Greece, but instead would be attacking his forces in Sicily. They gather a team together of highly educated military men and women, including Matthew Macfadyen’s stuck up and stressed Charles Cholmondeley, and the woman that captures the men’s attention in Jean Leslie (played by Kelly Macdonald in the film’s lone bright spot). Collectively they concoct a real person, giving the dead body a new name, military rank, wife, and life back home. Now all they need is for the Nazi’s to take the bate.

As far as the production goes, Operation Mincemeat has it all, a strong collection of sets, costumes, and a top of the line cast. The direction from John Madden is fine, a more than capable director, who has made such hits as Shakespeare in Love, The Debt, and most recently Miss Sloane. But where this one goes wrong is that there’s just not much to the narrative after the body is dropped to be washed up along shore. There’s unfortunately a lot of waiting and then when plans start to come together Madden uses sped up montages to give us all the info. Madden seems confused with what movie he’s making. It’s not a thriller. Not a mystery. Rarely is it funny and the romance is only fleeting. If anything, it’s more depressing than anything else and it highlights why a movie such as Munich: The Edge of War deserves more credit than it has been given.

The screenplay is written by Michelle Ashford, adapting the book by Ben Macintyre, and there are a few positives. Macdonald and Firth have great chemistry, playing married people where their significant others are either living in America or passed on, which creates a bit of tension as they begin to question the time they have before the war gets to them. The other positive is the light hearted nature in the process of creating the dead character, a process where everything needs to go right, or the plan will be sniffed out by Nazi military.

On the whole Operation Mincemeat is just lacking the kind of energy and pizzaz you expect from a heroic war story. It’s not the acting that’s bad- Firth is always on his A-game and it’s no different here. Instead it’s just a timid story, with little excitement, and only surface level conflicts among characters. There’s small subplots of possible betrayal, attempts to convince Winston Churchill that the plan will work, and the inevitable climactic ending of characters waiting around. It all amounts to little to write home about. Operation Mincemeat may be an interesting story on paper but for me it just never came to life.

OPERATION MINCEMEAT IS ON NETFLIX MAY 11TH, 2022 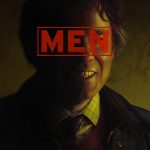 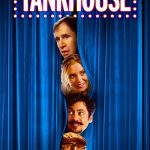