It sounds like hyperbole to call Ti West’s newest horror film- X – “a new brand of horror”, but to me, that’s really what it is. There are slashes and stabs to be had in his 1979 set film, but what will make audiences uncomfortable is more than just the blood, it’s the inevitable reality that all of us will one day grow old. The setting of X is reminiscent of previous horror locations, such as Texas Chainsaw Massacre, and dripping sexuality of teen slasher movies of the 80’s like Slumber Party Massacre, yet all of those nods are in the visuals, and what’s new is in the haunting material. That’s because this is an original slice of horror, rooted deep into the soil of cinema, where that genuine love of the genre is revealed in a delightfully disturbing way. X is marking the spot for what great horror cinema can look like and it’s another Ti West banger.

What X nails from the start is the look. Similar to Boogie Nights or Once Upon a Time…In Hollywood, this nails the 70’s, with afros, hot pants, bell bottom jeans, and disco music. Set on the outskirts of Texas, a group of aspiring men and women hop in a van to shoot their own independent porno flick. The crew consists of Wayne (Martin Henderson), the producer and smooth talking financier of the operation. The “movie stars” consist of the flirtatious Bobby-Lynne (Brittany Snow), the dynamic Jackson (Kid Cudi)- the lone male actor to seduce all leading ladies, and the rising starlit Maxine (Mia Goth) a woman that has escaped her repressive family, with dreams of becoming the next Linda Lovelace. The director is RJ (Owen Campbell) and girlfriend Lorraine (Jenna Ortega), the outsiders of the group, but also the dual characters that will either bend or break in the moment. Altogether they find an isolated farmhouse, owned by an elderly couple, surrounded by swampland with alligators, and a lot of mysterious terror building to a wild climax.

The most fascinating part about X is how writer/director Ti West is able to mix in a plethora of horror movie themes and still make it entirely unique. It’s part Cabin in the Woods, an homage to independent horror cinema, and the terror of losing your youthful spirit. I may be off, but I also believe West was speaking to the relationship between horror and all of cinema. On the surface it’s a nostalgic explosion of the time when horror was taboo, with religious groups blaming sex and slashers for what was wrong in the world. Characters speak to how pornography is not viewed as real cinema, but everyone needs to start somewhere, and for many artists there is always an appreciation for the craft. It’s not that X is without the occasional bursts of hands being hacked or a face being stabbed. It does unpredictably have a great sense of humor as well, where West is undoubtedly having fun messing with his character, and making his audience uncomfortable on a new level.

From a production standpoint, X is top notch, with cinematography shot on 35mm by Eliot Rockett, capturing all the textures and colors of the frame. The score by Tyler Bates and Chelsea Wolfe is a creepy plucking of strings, and when the big reveal comes on who the killer or killers are, the score captures the moments of both genuine fear and a depressing existence that seems unfair to all parties. All of those crafts come together through the brilliant mind of Ti West- who also did the editing- a director that can prove himself original, when another director would have settled for the status quo.

That’s ultimately why X is excellent, where there’s a genuine appreciation from the artist on what it means to make great horror. Mia Goth is a perfect main character, speaking directly to a mirror, that she’ “a fucking star”, and the one person in the group fighting to be more than the place she came from. Not to be overshadowed, the true scene stealers are Brittany Snow and Kid Cudi, chewing up the moments, both with their sexual chemistry, and with their witty observations of what it means to be a star on the screen. X is the great kind of horror that won’t settle for the cliches or the narrative beats we have seen before. Ti West takes a different path, a path about the youthful living meeting face to face with the decaying existence of a life not fully lived. You don’t want to keep thinking about a movie that creeps you out the way X does, but one cannot help it, especially when the neon lights of X keep buzzing in your head. 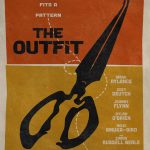 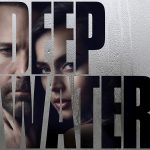