A fascinating fact about The Outfit is that it shows you the cards before the game even begins. It’s a mob mystery, set in one location, where the suspects are minimal, and midway through a character states, “I’m the rat”. The only problem, we’re the only ones who believe him, and because there’s so much double crossing, bad history, and mystery among these sneaky characters, he’s able to make the claim and everyone will think he’s joking. Even with the confidence to reveal the info, director Graham Moore displays his trust in a compact cast of actors, each one uniquely looking the part, and carrying the material to the level that’s needed. The Outfit is a tightly wound throwback to 1920’s noir mob movies and the final result is a perfect fit.

The opening begins with voice over by Leonard (Mark Rylance), a soft spoken man, always keeping busy in his tailor shop in Chicago. Up front in the reception area is his only co-worker Mable (Zoey Deutch), there to welcome the customers, take their jackets, and bring any needs that Leonard might have. But it’s not just suits being made and pants being hemmed at this shop. There’s a drop box in the back room, where we repeatedly see suspicious guys enter and drop off envelopes, no questions asked, just in and out. That is until one day mobsters Richie (Dylan O’Brien) and Francis (Johnny Flynn) come by to make their pickup, where they find a tape, which could incriminate the entire outfit, but also revealing they have a rat amongst their ranks. And now the mystery begins.

There are two things a movie like The Outfit needs in order to work: a tight script and a great cast- and The Outfit has both. Written and directed by Graham Moore (Oscar winner for The Imitation Game) along with co-writer Jonathan McClain, the dialogue weaves with little details in the way a character talks, and has great use of the minimal space they have. Then there is the impeccable cast. O’Brien fits perfectly as the cocky kid of the boss, always looking to prove himself and working a romance with Mable. Johnny Flynn is the wild card, a bit scary in his quiet reservations, and never afraid to deliver a threat. Leading it all is Rylance, who is doing a bit of a turned up character from his Bridge of Spies work. He’s the snake in the grass, waiting to strike, but never over exerting himself. Why make a big scene when the mobsters will do all the work for you. The tailor takes his time and waits for his big reveal.

There’s another actor specifically I wanted to single out in The Outfit, which is Simon Russell Beale as Roy the mob boss. It is no stranger that in cinema today there’s a lack of a star system and a lack of great character actors. That’s not the case for Russell Beale, a true scene stealer, having the look and the bravado to make a mark. Just having characters work like him is why The Outfit succeeds. Each actor is aware of their role, their space, and it allows a movie set entirely in one location to expand beyond the confiding doors.

For what it’s worth The Outfit isn’t trying to step outside it’s capabilities. It has great acting from the entire cast, the classic look that makes you wish it was in black & white, or watch James Cagney films. The Outfit may be limited in scope, it’s confined to a tight space, and a part of me wished it was more mysterious in who the possible rat was. Even with all that, this is a slick and smooth new age noir, and Mark Rylance continues to impress. You always need a good tailor and The Outfit knows how to look good. 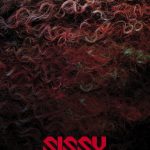