It may be a sign of my age, but I have a hard time remembering when I was introduced to I Love Lucy, a show I undoubtedly watched in my pre-teen days. It made me laugh a lot, I can remember that, and I watched it before episodes of The Three Stooges before going to bed. Either way, the hilarious events of Lucille Ball and Desi Arnaz are arguably synonymous with the television itself. You have The Flintstones, The Simpsons, and I Love Lucy, three television shows that have imprinted their existence into the medium, and if I had lived without them, I don’t think I would have wanted to live in that world. And now, we have rightfully seen a revival of appreciation to the impact that Lucy and Desi made on television and all of entertainment. The Aaron Sorkin film Being the Ricardos didn’t get much right, but now we have Amy Poehler’s documentary Lucy and Desi, which is exactly how the two love birds story should be delivered. Mixed with past audio tapes, behind the scenes footage, and interviews with closer connected people, Lucy and Desi is a documentary that understands why we loved Lucy so much.

The structure of Lucy and Desi takes a cue from what Betsy West and Julie Cohen did in their documentary Julia (about renowned chef Julia Child). Poehler makes it a hodgepodge of documentary styles, with a few talking heads, behind the scenes footage, and a narration about how the two lovers got their start. What makes it stand out above the status quo of documentaries is the use of never before heard audio from various interviews that both Lucy and Desi had given. It’s that added touch of media that helps paint a picture of who these two people were, what made them so successful, and how their relationship persevered through the workload of delivering America’s most successful television show.

It’s because of the additional viewpoints, the people that were a part of Lucy and Desi’s lives, which helps make this documentary feel complete. Although Poehler makes a interesting choice of focusing less on Desi’s extra-marital affairs, she does make the smart decision of centering on more detailed points, such as Lucy’s importance as a pioneer of women in comedy, Desi’s impact in entertainment with his cultural background as a Cuban-American, and how the married couple initially created the show to be able to work together, but as the workload grew, it pushed them further apart. If learning more about Lucy and Desi is something audiences want to take from this documentary then there’s no shortage of in depth details.

The other factor about Lucy and Desi that I loved was how it finds a fine line between documentary standards and fresh new takes. The talking heads are a small group and all of them are people who had a genuine connection with the pair, from Bette Midler, Norman Lear, daughter Lucie Arnaz, and Laura Laplaca who is an archivist with the DesiLu studios. Most documentaries these days tend to have too close of a connection to their subjects, or people that just give opinionated points of view. Poehler does a good job of keeping her opinions out of it, both honoring her subjects, while not making them out to be saints.

It’s easy to state that Lucy and Desi deliver what Being the Ricardos could not, which is a complete, and fully detailed capsule of why Lucille Ball and Desi Arnaz were a one of a kind love story. They revolutionized television, recording I Love Lucy in front of a live audience, made a massive impact on other shows, including Star Trek, and even had a beautiful relationship after their divorce. They were a one of a kind team of comedy, a model of romance, and I Love Lucy is still timeless television today. Lucy and Desi will make you feel right at home.

LUCY AND DESI IS NOW PLAYING ON AMAZON PRIME 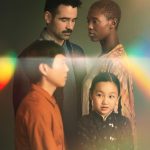 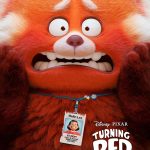