MOVIE: BEING THE RICARDOS

When it starts, Being the Ricardos seems promising, with a look at the background and stressful process of what it took to make the I Love Lucy show come alive. The team involved on this project is big, with Nicole Kidman as the legendary Lucille Ball, Javier Bardem as Desi Arnaz, and the two Oscar winners reading the words of Aaron Sorkin. As the narrative starts as one thing, soon turns to one scandal, and then another, then turns back to the process of making the show, and still has time for other small subplots. What the problem with Being the Ricardos is, is that Sorkin’s style of background conversations and the mechanics of how a village operates, just might not be the right fit to tell this story. Being the Ricardos seeks to be many movies and never settles on one. The bright lights are all there but nobody is home.

The plot involves two moments of crisis for Lucy and Desi. Set in the 1950’s, and following a weekend where Walter Winchell has announced on the radio that Lucille Ball was at one point a communist, which during the red scare, and the George McCarthy trials, was an incredibly serious charge. On top of that, the news is swirling that Desi has been seen with another woman, creating tension within their marriage. It’s all swirling around, as the cast and crew try to make the impossible happen with a successful episode that Friday. Needless to say, mixed in with flashbacks to classic episodes, conversations among the writers, and time taken to display the genius of Lucy’s mind, Being the Ricardos never truly knows what story it’s trying to tell.

At the start the casting of Kidman as Ball seemed a bit suspect. The Eyes Wide Shut actor was not exactly known for her comedic abilities. She may have ginger red hair, but could she make us laugh with a twitch of her nose, or deliver that legendary Lucy cry? She’s not entirely in over her head, splitting the Lucy persona with flashbacks of the show, and then holding back behind the scenes. That works and there’s an argument that Kidman nearly pulls it off. The highlight involves the subplots of Vivian Vance (scene stealing Nina Arianda) and the movie’s best performance from J.K. Simmons as William Frawley. And when the narrative digs into the creative process from the writers and producer of the show- respectfully played by the trio of Tony Hale, Alia Shawkat, and Jake Lacey- one wonders why there isn’t just the main focus on that part.

There’s something strange happening with the work of Aaron Sorkin. The Academy Award winner obviously has the ability to write a strong script, where his The Trial of the Chicago 7 recaptured that courtroom drama we saw from A Few Good Men, and he showed a semblance of directing style that was his. But the best work of Sokin’s career is typically not directed by him, where Steve Jobs had the vibrancy of Danny Boyle’s style, or The Social Network had the tight creativity of David Fincher, but Being the Ricardos often looks inauthentic. There are sequences and backlot sets that look no better than a TV movie.

The final result is just messy. My first thought exiting the theater was that Kidman and Bardem brought a sense of energy and effort to the characters, both not phoning it in, portraying what they saw on the surface. But they never are given a chance to explore who Lucille Ball and Desi Arnaz were, why they were deeply in love, and what truly made them one of television’s most successful team. Instead the major focus is on how they can prove to America that Lucy was not a communist and still deliver a great episode. That may have been an interesting side story but the final result of Being the Ricardos left me tasting sour foot squashed grapes. Waaahhhhhhhh!

BEING THE RICARDOS IS IN SELECT THEATERS THIS FRIDAY DECEMBER 10TH AND AVAILABLE ON AMAZON PRIME DECEMBER 21ST. 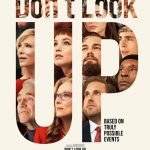 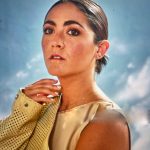