What seems to be the main mistake with Adam McKay’s Don’t Look Up is that it wants to be sharp with the things that it is saying, delivering it directly to the audience, and still make us laugh in the process. There’s a massive all-star cast involved and the writing can at times be creative, but what Don’t Look Up definitely did not do was make me laugh. Similar to what he left us with at the end of The Big Short, and what he hit audiences over the head with in Vice, McKay has developed this style of movie that gives us the reality of a situation, the cold hard facts, and then wants us to walk out of the theater feeling something other than depression. Maybe that’s the point? Maybe it is a call to action or his direct brand of humor, but either way, Don’t Look Up made me want to poke my eyes out instead.

The premise is about a group of scientists for the astrology department at Michigan State University, a pretty normal night at the telescope for potential doctorate Kate Dibiasky (Jennifer Lawrence), until she captures something on the scope. It looks like a star racing across the chart. She measures it, checks the numbers, and what she confirms is an asteroid, headed towards earth. She calls in Dr. Randall Mindy (Leonardo DiCaprio), a very stressed out guy, a man taking a lot of anxiety pills as it is, and then he projects that this meteore is so big that it will wipe out the entire planet. The measurements give them 6-months before impact, but after alerting NASA authorities, and people within the U.S. government, the thought is that President Orlean (Meryl Streep) will react swiftly to save the world, but unfortunately they think they should just wait…and assess. Six-months until impending doom, life ending as we know it, and the best they can say is wait…and assess. This is mind blowing for the scientists and what Don’t Look Up turns into is a battle between those trusting in the data, others with hopes to financially gain in efforts to save humanity, and then those that would rather just pray that it all goes away. Basically everything happening today.

The names that line up on the poster are some of the best in movies today. This is Lawrence’s return after a hiatus, DiCaprio stepping a bit outside his comfort zone into a comedy, and Streep taking on a role she can prop up. Despite a few Network style outbursts, they are given little dialogue or motivation to work with outside the way their characters look. The performances are not even bad, but the characters seem aimless, in a screenplay that is more interested in shouting to us what it’s trying to say, instead of letting us care about any of the path these people are on. The supporting cast around them is a checklist of repeating jokes, with Jonah Hill’s cocky idiot son to the president, Mark Rylance as a creepy Steve Jobs-style tech megalomaniac, and Cate Blanchett’s plastic Megyn Kelly doll as the host of a faux MSNBC morning show. None of them have purpose or good jokes. They’re more like the punching clown that falls backwards and instantly pops back up.

What makes Don’t Look Up even worse is how McKay mistakes his style for substance. There are moments where the look of scenes bounces between serious room conversations from The Big Short, set pieces that play like a bad Saturday Night Live sketch, and the final group survey scene in Vice. There’s never a chosen look, a mistake for what is a lot of editing for good editing, and an incredibly smug approach to the material, which talks down to anybody watching. An argument to be made is that if McKay wants to be a serious artist with something to say, he needs to watch more Spike Lee films. Spike delivers powerful messages, having something to say, with the ability to wake people up to the action that needs to be done. For McKay, he wants to tell you the world is shitty, reveal that we are divided in a time where the world is going to end, leaves no solution, and then hopes you enjoy walking back out to your car. Talk about depressing shit.

In the end, Don’t Look Up is the biggest disappointment of 2021. A cast this star studded deserves better, clearly wanted to work with Adam McKay because he has an intelligent voice, and was game to let him guide. This is an allegory for global warming and a message about the urgency that is needed. Don’t Look Up might have been better as a straight drama. Maybe McKay has lost his comedic side since his break with Will Ferrell. If we want to get the message out, this is not it, or at least it could be funny when they do it. No matter how you slice it, Don’t Look Up is a colossal misfire, soaring past us and floating into space.

DON’T LOOK UP IS IN SELECT THEATERS DECEMBER 10TH AND ON NETFLIX DECEMBER 24TH. 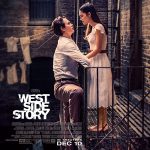 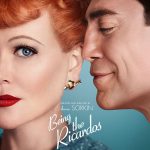