I would describe After Yang as a cinematic picture book. It’s a dive into the mind and memory of a robot, but instead of finding zeros and ones, it’s the tactile, and emotional past of a being that may have never known just how beautiful its life had been. Colin Farrell stars as Jake, a father of daughter Mika (Malea Emma Tjandrawidjaja), and husband to Kyra (Jodie Turner-Smith). Their 2nd child is Yang (Justin H. Min), but only he’s not human, they’re referred to as a “technosapien’”, used as someone to help teach Mika her native Chinese language, but in time became more than just that. But After Yang is about the loss of Yang, and a beautiful meditation on what it means to love someone, lose someone, and the lasting impact that forever remains.

The opening sequence of After Yang is where the android breaks down. The family is setting up for a photo, with Yang getting the camera ready, only for the moment to fade as Jake calls for Yang to join them. What follows is a delightful glance at a global family dance competition, a brief look into the kind of fun this family had together, but now a solution must be found for Yang. He’s a second-hand bought droid, making it difficult for Jake to take him in for service, and even then the store would suggest just getting a new one. It’s not that simple. This is where Jake reverts to asking a black-market droid doctor, a harvester of parts, with hopes that something will be discovered to fix Yang.

Where After Yang opens up, both as a story, and as an experience, is when Farrell’s character brings Yang to a museum exhibit about droids, operated by Cleo (Sarita Choudhury), who finds a chip in Yang’s head that gives access to his mind, some of the deepest files and memories of his existence. It’s in this moment where writer/director Kogonada reveals that this isn’t going to be a story that goes forward, but backwards, and then taking us to the characters in their present state of loss. In between Jake’s search to fix Yang, we meet Ada (Haley Lu Richardson), a mysterious person that is following this family, looking through their windows, and even entering the house to find Yang. Her connection to Yang is not a big reveal, but After Yang is not about shock or awe, but about grasping the importance of a connection with someone. That is a long lasting feeling once After Yang comes to an end.

Much like Kogonada’s previous film Columbus, this is a director that asks the audience to simmer in the moment. I would be lying to you if I said that After Yang had high energy, because it’s more than a bit slow, those who hate it will reference their boredom. That slow methodical pace is not without great purpose, however, where Kogonada allows us to observe the architecture of the home, the sound of various voices in a room, the impact of making tea, and on. Even the visual narrative is what makes After Yang more beloved, where the special effects of Yang’s files look like an explosion of fireworks, a burst of colors, into the vibrant mind of a being that is supposed to not be human. The major point of After Yang is that this may have been a robot to some, but what unfolds before us is a person that had great purpose, and love inside of them.

The final result of After Yang is a movie that takes time to absorb, time to understand that much of what works is what the audience can pick up, relating to themes about love and loss. In many ways, it’s a companion piece with a movie such as Blade Runner, where the motives and life of the robot is what we connect with. We wonder what it must be like for a robot to feel alive, to experience the love and companionship we get from family, and in After Yang that question is answered. Through the eyes of this family, what this android brought them was love, but something more: a family.

AFTER YANG IS PLAYING ON SHOWTIME AND IN SELECT THEATERS FRIDAY MARCH 4TH, 2022 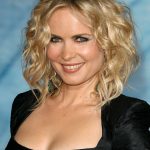 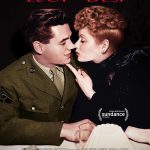