MOVIE: MY STEPMOTHER IS AN ALIEN

There’s a lot to be said about someone having a certain look, a charisma, and a charm to the point where a movie should revolve around them. I’m not sure many would think Kim Basinger is that person, but I watched an unintentional double feature with her, with Batman (1988) and My Stepmother is an Alien, and one of the biggest takeaways I had was that Basinger is an absolute charm magnet. She steals your heart with her beauty (obviously) but also with her ability to go head to head with Michael Keaton in one movie and with Dan Aykroyd in the next. With My Stepmother is an Alien the results are all things 1980’s- arriving on blu-ray from Arrow Films with a new 2K resolution. It’s not necessarily good, per se, but it’s also just a delightful relic, a production that would only be made as a Disney Channel staple today. Directed by Richard Benjamin, with a mixed cast of comedy regulars, and a premise so silly, it’s impossible not to find My Stepmother is an Alien to be odd, yet delightfully out of this world.

The premise is what the title says, Dan Aykroyd is Steven Mills, a single dad, working as a physicist, trying to make contact with other solar systems with an energy ray. During a lightning storm his efforts mysteriously make contact with another alien species. After his reckless study, he winds up being fired, but unbeknownst to him, he succeeded at reaching an alien race. A messenger arrives in the form of Celeste (Basinger), an alien in the body of a beautiful woman, accompanied by her sidekick known as “Bag” (voiced by Ann Prentiss), now seeking out Steven to use his research to save her planet. Where the comedy ensues is when Celeste attempts to assimilate with humans, which she knows nothing about, arriving at a party thrown by Rob (Jon Lovitz), eating a cigarette butt as an o’hourderve, and approaching Steven instantly to “seduce” him. From there things move fast, with Celeste moving into the house, discovering what kissing and sex is by using clips of famous kissing scenes in movies, making an instant connection with Steven over Jimmy Durante movies, meeting his daughter Jessie (teenage Alyson Hannigan), and secretly maneuvering to get access to the giant laser. It’s all quite ridiculous and yet, I was thoroughly enjoying the fish out of water scenarios.

Movies of this kind were not out of the ordinary for the time. Four years earlier, Ron Howard brought a similar fish out of water story with a literal fish out of water in Splash. Two years after that was the debut of Alf, a puppet alien visiting earth, or there was Starman in 1984, which was Jeff Bridges portraying the odd alien, and a year later arrived a more similar 80’s comedy in Weird Science. By those standards, My Stepmother is an Alien is right in synch, but the difference being that where Tom Hanks brought the charm in Splash, it’s Basinger that wins us over here. Not that Aykroyd doesn’t create laughs, but the goofball comedy on display from Basinger is a welcome surprise, to an actress that has often been cast as the femme fatale, or mysterious women to catch our eye, she’s just as delightful and funny as Goldie Hawn, or Shelley Long would be.

That’s not to say this is a perfect movie. The jokes are hit or miss and the entire viewpoint of women does not relate at all today. Basinger’s character is often viewed as an object, where her main purpose is something for Aykroyd’s character to win, or be laughed at. Not to mention, a plot of this caliber should not take four writers- Jericho Stone, Herschel Weingrod, Timothy Harris, and Jonathan Reynolds- Lucky for director Richard Benjamin, it’s the laid back, and perfect timing from Basinger that delivers. She’s not actually dumb, in fact her character is playing the game, maneuvering herself in a position to make Aykroyd’s Steven the bigger idiot.

Although there are many shortcomings for a movie like My Stepmother is an Alien, there’s also much to be nostalgic about. The fact of the matter is that comedies such as this, let alone silly concepts of the matter, are never made anymore. In a time where movies such as The Money Pit, The Brother from Another Planet, Teen Wolf, or Earth Girls are Easy could be greenlit, it’s impossible not to enjoy a movie this carefree today. Not to mention, actors and studios would not even take the risk, worried that the material, and the bottom line would be ruined more than reward. That’s how you end up appreciating My Stepmother is an Alien and see delightful versatility from someone such as Kim Basinger. She has you swooning with her beauty, laughing at her jokes, she sings, and does a little dancing. It will have you forgive the silliness and make her the kind of extraterrestrial you would gladly meet.

MY STEPMOTHER IS AN ALIEN IS CURRENTLY AVAILABLE ON BLU-RAY FROM ARROW FILMS. SPECIAL FEATURES INCLUDE A BRAND NEW INTERVIEW WITH DIRECTOR RICHARD BENJAMIN. 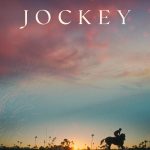 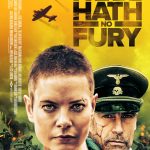