There’s quite a burden on the shoulders of Paul Thomas Anderson, who seems to be carrying the torch of cinema. He’s a unique voice, a hit maker of movies that capture all the emotions of being alive. He continues that tradition with his sublime Licorice Pizza. Similar to the homage that Quentin Tarantino made with Once Upon a Time…In Hollywood, there’s an incredible love that PTA has for his state of California, where the sun above is bright and blankets a golden shadow in the evening. He also continues to channel his own personal experiences, through a vessel of characters that represent the innocence of being a teenager, the confusion of growing-up, and displaying it in a way that romanticizes what it means to be young and in love. Licorice Pizza is about a man and a woman, falling in love without knowing, trying to keep their creative aspirations inflamed, and navigating the confusion of it all. I would say it’s simple, but there’s so much more going on. Set during the time of the late 60’s, where Vietnam was still in the rearview mirror, gas was scarce to find, but America was a place of opportunity. The trick is you just need to know how to survive it. It’s all of that which makes Licorice Pizza a delicious slice of life and the movie of 2021 that I never wanted to end.

The main characters of focus bounce between Alana (Alana Haim) and Gary (Cooper Hoffman). They meet one another at a high school photo shoot for upcoming actors getting their headshots. The first connection is more than just a meet-cute, where Anderson uses a long single take of the two, walking and talking, and eventually hitting it off. Gary is just graduating high school and Alana is around 20-years old. There’s an age gap, but there’s a similar jovial attitude, and a similar maturity to these two that makes their connection instant. Gary is a courageous wise guy, a hopeful young actor that is also a smooth talker, while undoubtedly self conscious in who he really is. Alana is the youngest of three, looking for her place in the world, similarly courageous, and still a bit shy. Licorice Pizza lets us run beside these two, their friendship, their disagreements, life choices that separate them, and the personal moments that bond them together. It’s a celebration of youth, a celebration of love, and a celebration of the time.

In many respects, PTA is going back to his own life. Reminiscing of his teenage youth through the Gary character. Played by the son of the late-great Philip Seymour Hoffman, there’s much to appreciate from the wide-eyed performance here. Gary wants to grab the world by the tail, acting in odd TV shows, his single mother often traveling, while he watches his little brother, and understanding how the system goes. He gravitates to starting his own waterbed business, and has Alana come on to help, which helps him flex his ingenious muscles. Alana is looking for the spirit of life and struggles with the fact that she’s hanging out with guys younger than her. Between the two of them, there’s a lot of posturing, too much pride to admit they care, but they always end up running back to each other.

Outside of the general style of Licorice Pizza, which is incredibly alive, it’s also similar to Boogie Nights, where PTA captures the essence of the moment. Shot on a gorgeous 70MM film, with impeccable cinematography by PTA and Michael Bauman, it’s also chalk filled with various supporting characters along the way. The veteran group of Bradley Cooper, Tom Waits, Christine Ebersole, and Sean Penn, all fit in effortlessly, playing a who’s who of local California celebrity. As someone who has never set foot in the greater Los Angeles area, Licorice Pizza whisked me away, and placed me into a time where I felt a part of it all. It’s that glitzy romance that Anderson has, an appreciation for life that I related with most, revealing to the audience that he, much like our main character, is a dreamer, and a person who loves to be in love.

I have absolutely zero complaints about Licorice Pizza. It’s above all things, a celebration of the creative mind, wildly funny, while also a celebration of cinema. Alana Haim is an instant star, incredibly real, both witty, and sharp as a tack. Hoffman reveals signs of being able to follow in his father’s footsteps. What ultimately could never be claimed about Licorice Pizza is if it is dishonest, phony, or not authentic enough. This movie is as good as it gets, capturing the town, the drive-up take-out, the soundtrack of the time, the freedom a teenager feels in the summer, and how our stubbornness to instant gratification can blind us to what we have in front of us. It reminded me of the words in the song “The Rainbow Connection”, because Licorice Pizza is about the lovers, the dreamers, and me. All of us under its spell. Licorice Pizza is magic. 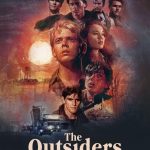 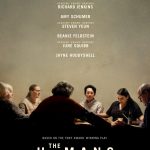