The last name Bava is considered synonymous with the Italian horror genre. When your father is a major success the way Mario Bava was, it makes the pressure feel a bit tighter, and the lasting impression even sweeter for Lamberto Bava. His classic horror giallo Demons has a new release, in a beautiful digitally restored blu-ray, double disc with Demons and Demons II. For me, this was the first time I had experienced this wild slice of horror cinema, and what can’t be understated is how much cooler horror was in those days. Demons is easily the better of the 2-disc set, with the second installment feeling a bit undercooked, but there’s still plenty of ghoulish gore to enjoy. In the spirit of celebrating this double-disc, I figured I would take the time to review both Demons films, with an appreciation for both, and the outlandish horror movies that Lamberto Bava was able to gift us with.

There’s not an ounce of fat on Demons, where it starts on a train with our lead character Cheryl (Natasha Hovey) on her way to meet friend Kathy (Paolo Cozzo) after class. Before she gets there, Cheryl bumps into a strange man, with a half silver face, handing out invitations to a movie premier at the new Metropol theater. “Let’s go see a movie”, Cheryl says innocently, hoping to skip any other classes, for a fun night out with a friend. They’re not the only ones at the theater, where Bava sets it up for us to see the various characters attending, all setting up for a night at the theater for good scares. One of the patrons is Tony (Bobby Rhodes) and his two girlfriends, when one of them decides to put on a silver mask that is displayed in the lobby for fun, it pricks her face, leaving a cut, and something else that is lurking into her skin.

The screenplay is written by Bava, Franco Ferrini, and the legendary Dario Argento, working off a story from Dardano Sacchetti, and although the narrative may seem thin, there’s an excellent meta approach to this film. The horror movie on the screen nearly mimics what happens to the crowd, where a group of teens dig for an artifact and it ends up turning them into zombie monsters. To watch the big reveal, when the infected woman’s eyes bug out, her nails breaking off in repulsive fashion, and starting to attack other moviegoers, it’s even more delightful when the art on screen is imitating life in the seats.

After the big turn, it’s all chaos breaking loose, with the two women and two men that decided to hit on them, fighting their way around. The doors have all been locked off which reveals that this is some possessed theater that they never should have entered. When chaos breaks out, so do more and more of the excellent practical special effects. Demons proves exactly that the horror genre and giallo horror is still high art. This is a movie that becomes the perfect mixture of insane gore, ridiculous scenarios where a guy rides a motorcycle up and down the aisles of the theater, a helicopter smashing through the roof, and still has impeccable design to it all. Demons is easily a horror movie worthy of multiple rewatches, no matter what season, and it looks unbelievable on this crisp new Blu-ray.

The same praise can’t be entirely said for Demons II, not that it doesn’t have a fair share of fun stuff, but it’s obviously the far less superior film of the two. The setting is instead of a movie theater, it’s a condominium, where the birthday party of Sally Day (Coralina Cataldi-Tassoni) is taking place. Bava does a fun exercise of going from unit to unit, introducing us to the various characters in the building. A family of four, a couple with a baby on the way, and a bunch of weight lifters working out in the basement gym. All he is doing is setting up a collection of new characters to be trapped in a location filled with demons to pop out of body parts.

As for the meta side, the way the demons get into the building is not by a mysterious possessed mask, but by a few units that are watching the local TV station’s horror movie of the night. When the demon pushes his way out of the screen, in a bit of a David Cronenberg-esque Videodrome-style, the art on the television becomes the monster attacking Sally at her birthday party. We kind of become okay with it too, because Sally is a big jerk anyway, and outside of her we’ve barely got to know these characters.

The screenplay on Demons II is also written by the same four writers as the first, but unfortunately this one feels a bit incomplete. Where Demons had an ending that reminded me of George Romero’s Dawn of the Dead, Demons II seems unsure of where to take the characters. It becomes a fight for survival in the building, with monsters coming out of doorways, the group of weightlifters becoming bonding like a gang to fight them off, and even one of the dogs being turned into a gnarly demon beast. That stuff is fun, complete with the once again excellent special effects and makeup, but what is evident is that Demons II is most certainly a sequel. Either way, you can’t go wrong buying a double disc blu-ray like this. It’s bloody, it’s wild, it’s a lot of Demon fun. 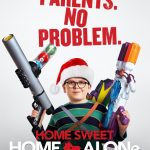 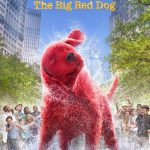