A movie with a big red dog is already halfway there, where a giant adorable puppy can do most of the heavy lifting, just make him cute and I’m watching. Who doesn’t remember Clifford? The books from the mind of animator and writer Norman Bridwell were a staple at every library I walked into. A giant dog and his kid owner going on various adventures, dealing with difficult tasks, and bright animation always made a Clifford story a solid choice. Sadly for the movie, it seems that the cute comfort of a girl and her dog isn’t enough, instead veering into the predictable plotline of townspeople protecting the dog from an evil tech conglomerate. Clifford the Big Red Dog is a harmless movie to see with the kids for a matinee, which had the potential to make something new and fresh, but instead settled for a predictable stinker.

The little girl is Emily (Darby Camp), new in town, trying to adapt to her family moving to New York. Her mom Maggie (Sienna Guillory) works constantly with her advertising company, the kids at school pick on Emily, and the only other family she has is her incompetent uncle Casey (Jack Whitehall). When mom goes on a business trip, that leaves Casey watching and one day a magical tent, run by a man named Bridwell (John Cleese) is filled with unique animals, including an adorable red puppy. Emily wants him, but it’s too much…until the puppy just shows up in Emily’s bag. One sleep later and she has a dog in her room the size of a small house. What soon follows is a whole lot of big dog sized chaos, with an evil animal testing CEO named Tieran (Tony Hale) in pursuit of the giant dog to use for his own personal wealth.

My negative thoughts on Clifford the Big Red Dog exist in the fact that director Walt Becker and five separate writers settle for the stereotypical special dog family movie. Early on there’s great potential, with an adorable connection between Emily and her new enormous fluffy friend, including mishaps of Clifford breaking anything around him. The narrative arrives at a crossroad where we get a simple movie about a girl and her dog connecting no matter what size he is. Instead we get the villain chasing Emily and Clifford in a big van, Casey and the rest of the community bonding together to fight off Tieran’s evil henchmen.

There are also a few caveats with Clifford, where the parents taking the kids could do a lot worse; It’s not a story without it’s simple charms and good clean PG fun. The various problems lie in the predictable and the incredibly cheesy third act. We get the cringe-worthy moment where the people of New York bond together, with Emily delivering a big mushy speech, and the mystery of Bidwell and his magic becomes the ace in the pocket. There’s honestly not enough Clifford.

So is Clifford a bad movie? I wouldn’t say that. Your kids might like it and laugh at jokes about Clifford peeing on people, but for me it lacked, and missed out on the opportunity to be a movie that has an emotional impact. I think about how great a movie like Paddington can happen and then a movie can settle for the mundane that we get with Clifford. It’s what we saw in the kid and her squirrel movie Flora & Ulysses, which also lost itself along the way. Clifford the Big Red Dog could have been a big magical moment, instead it’s less dog, and frankly that bites.

CLIFFORD THE BIG RED DOG IS IN THEATERS AND ON PARAMOUNT+ NOVEMBER 10TH, 2021 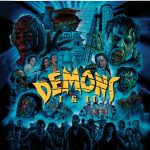 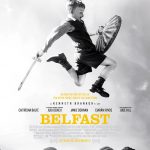