It takes a special director to be able to combine a collection of horror tropes together and make it all cohesively work. That’s what director/writer Axelle Carolyn has done with The Manor, which is about an elderly women being moved into an assisted living home, somewhat against her will, with creepy things lurking in a haunted mansion, a collection of people performing dark rituals in the forest, and hit it home with an ending that turns away from the conventional. The Manor has all of that going on and it all works together, with a strong lead performance from the legendary Barbara Hershey, and a spooky good time in the recent installment in the Welcome to the Blumhouse series.

It starts with a 70th birthday party, where we meet Judith (Hershey), a former ballet dancer, and living happily as the grandmother of Josh (Nicholas Alexander), and mother of Barbara (Katie Keane). Before blowing out the candles, Judith collapses, and after having a stroke it has been decided that it is time for her to go into an assisted living facility. She doesn’t entirely get along with her daughter and she has a better relationship with Josh, but with the recent passing of her husband, and her recent medical issues, they all believe it’s the right time for her to have round the clock care. Where she’s admitted is the historic manor nursing home, which has the setting look of a classic haunted mansion, and when she arrives she’s a bit sad, but understanding of the circumstances. It’s not long after when creepy things begin haunting her in her bed, weird occurrences happen around the grounds, and the other guests might not be living at all.

This trip to The Manor slowly develops into the type of horror tale you tell around a campfire. It has a bit of a spooky lore that arrives with the setting, with large oak trees hovering above and in the woods behind, and it has a confident performance by the always reliable Barbara Hershey. Writer-director Axelle Carolyn does a wonderful job of mashing themes together to make it work entirely as a haunted house, ghost, and frightening feeling of entrapment kind of story. It’s not the typical person in a home against their own will and although it does include the typical “why won’t you believe me” moment, Carolyn makes sure to introduce a collection of characters that do believe our main character. It’s in that why The Manor often worked for me, where one would think the narrative would continue on the path of the conventional, and Carolyn is often tricking us by going the other way.

The performance from Hershey is not the only cool part of The Manor either. Carolyn has cast a unique collection of veteran actors to be a trio of mysterious housemates- Bruce Davison, Jill Larson, and Fran Bennett- that seem to be people that Judith can trust, but as she starts to see a haunting shadow creature at night, fights back against the nursing staff that wants to pass everything off as dementia, and a family unwilling to take her in, Judith begins to feel isolated and alone. Carolyn marks sure to write this character as not only capable but fearless in her approach, pitting the mystery of this manor up against a woman that won’t be easily scared away.

There may be moments where The Manor lags or it may even feel lacking in enough scares to some, but Axelle Carolyn has an excellent knack for changing pace in the horror genre. This is not entirely gore or a new age horror we see in films such as Hereditary or Lamb. In many ways it’s an excellent throwback, with the sets, sounds, and performances helping to build that tension. That tension and final result is brought home in the third act, where Carolyn surprises with a complete departure from the cliche, stamping her film as something she’s unafraid of throwing you for a loop. The Manor is exactly why haunted house stories still work, because at the end of it all, nobody in their right mind would ever want to stay the night at a place like this.

THE MANOR IS AVAILABLE ON AMAZON PRIME THIS FRIDAY OCTOBER 8TH, 2021 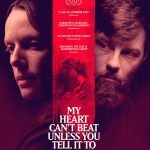 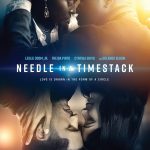